Alaska Airlines Mileage Plan miles are perhaps one of the most versatile points ‘currency’ out there, and it just got better. You can now redeem those miles for Singapore Airlines flights.

It does open up a few opportunities for travellers, although the rates are quite poor in some cases. What that means is you could be better off making the redemption with KrisFlyer miles or Velocity Points, rather than Alaska miles.

In theory, there is one major benefit – you can stopover for free on Alaska Airlines award tickets.

This should mean that you can book Auckland to Singapore to Shanghai with a few days exploring the Lion City, all for the one standard award rate, rather than being charged two sectors which would cost more.

However at time of writing, stopovers in Singapore ex-New Zealand do not seem to be bookable online.

While New Zealand is classed as its own region, for the purposes of redeeming Alaska miles with Singapore Airlines, the award table is found instead under ‘South Pacific’. These are the number of Alaska Airlines miles needed for a one-way redemption on Singapore Airlines:

‘South East Asia’ encompasses all the countries you would usually expect, plus China (inc. Hong Kong). Note that Taiwan, Japan and South Korea are considered ‘North Asia’ and are not included in the table above.

Due to the nature of region-based pricing, New Zealand passengers get the best deal from the award pricing, since flights to Singapore and onwards are much longer than from Australia, whose residents still have to pay the same number of miles.

As you can see above, First Class availability is even showing on New Zealand flights through Alaska Airlines.

Stopovers are free with Alaska, but seemingly not possible to book online for routes ex-New Zealand. Should they become bookable, you’d still pay the same award rate overall, just slightly higher taxes. It means you could get two holiday destinations for the price of one flight.

Note that if you have Singapore Airlines KrisFlyer miles, it will be slightly better value to redeem with those on some routes versus Alaska.

For example, it will only cost 62,000 KrisFlyer miles for a one-way Business Class redemption to Bangkok via Singapore, which is a bit cheaper than the 65,000 Alaska miles required for the same seat.

However a one-way Business Class redemption to Shanghai via Singapore would cost 84,000 KrisFlyer miles, which would make this a better use of Alaska miles.

To summarise, it might be worth using Alaska Airlines miles for Singapore Airlines flights from New Zealand if you are:

The reason for this is because once again, you can string two flights together and still pay those incredibly low rates. Business Class is only 7,500 miles more than Economy, and First Class is only 10,000 miles more!

So here’s how it would look if you wanted to fly Singapore Airlines’ excellent First Class and Suites product from Jakarta to Singapore (2 hrs), stop in Singapore for up to 24 hours, and then Singapore to Hong Kong (4 hours):

That’s not bad for a First Class experience at just 35,000 Alaska Airlines miles and minimal taxes.

Unfortunately, Alaska Airlines has now banned stopovers on intra-Asia reward flights only a week after Singapore Airlines flights came online. This is presumably to stop people from exploiting an otherwise lucrative loophole to get to two holiday destinations for one low rate.

Cities in China, Japan and Korea are classified as ‘North Asia’ for intra-Asia reward flights and have significantly higher redemption rates.

The reclassification of the above three countries was also made by Alaska Airlines soon after Singapore Airlines became available online, as many people were exploiting the loophole that saw flights to China priced at the lower South East Asia rates.

Here are a few other Singapore Airlines reward tables when using Alaska Airline miles. This list is not exhaustive. For other regions, check on Alaska Airline’s website here. If you still can’t find it there, it means you can’t book that SQ route with Alaska Airlines miles.

From South Pacific (Australia, NZ) to:

It doesn’t seem possible to book redemptions from South Pacific to North Asia, which includes Taiwan, Japan and South Korea.

These amounts are also significantly higher than what KrisFlyer charges for Singapore Airlines flights, so it’s probably not the best deal for most travellers. For example, New Zealand to Europe is no more than 116,000 KrisFlyer miles for a Saver Award, compared to 190,000 Alaska Airlines miles.

From South East Asia (Singapore and others) to:

More options for your miles is always good news. However, in the majority of cases, Alaska Airlines’ rates for Singapore Airlines flight redemptions are generally quite poor compared to KrisFlyer. There are also fewer award seats available through Mileage Plan.

The best value redemptions are New Zealand to South East Asia and China, plus flights wholly within South East Asia, especially if you are getting two premium flights and a stopover for the price of a single award booking.

One benefit of using Alaska Airlines Mileage Plan is that you can often buy the whole amount of miles required for a booking, direct from the airline. There are frequently discounts which see you get bonus miles or a discount on the purchase.

This benefit could make it a worthwhile purchase if you wanted to try out some Singapore Airlines premium flights but didn’t have enough Velocity Points or KrisFlyer miles to make the booking. 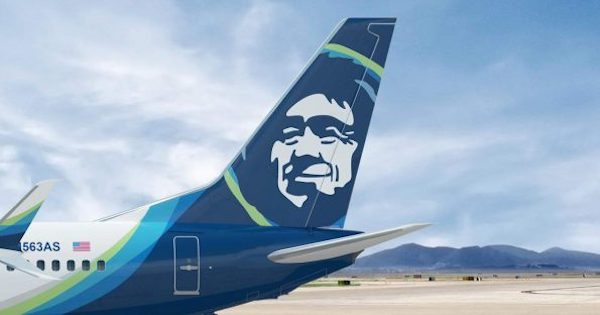 Read our guide to best uses of Alaska Miles

Next
Save up to 16% off hotel bookings with CheapTickets