United’s Polaris Business Class seat will soon be found on the Auckland to San Francisco route between October 29th and March 22nd, with the US airline scheduling their Boeing 777-300ER aircraft over this period.

This is a welcome change on the route, especially seeing as they’ve now made it a seasonal flight rather than year-round as it was previously.

In this guide, we look at the new flight details, current redemption availability, and how you can redeem miles for the route.

The flight will operate with the following schedule:

The service will carry 366 passengers, with 60 business class seats, and 306 economy class seats.

Seats in all cabin classes are equipped with universal AC power, USB integrated entertainment systems, and onboard Wi-Fi.

The biggest headache is trying to find award seats!

For couples, the United award calendar does not currently show much in the way of direct United Business Class awards to San Francisco on the 777-300ER, with only 31st October, and 2nd through to 5th November having at least 2 seats available.

Additional seats for solo travellers are available on the 26th December and 14th February.

It is possible however that more seats may become available in coming months.

There are a few ways in which you can redeem for a Business Class seat on the 777-300ER – the most accessible in New Zealand being with Air New Zealand, United, or Singapore Airlines.

However, if you’re adventurous, you could also look to a redemption through programs like Miles & More or ANA Mileage Club. They are not programs that we have yet covered here at Point Hacks, and there could be some intricacies in the booking process that we’re not aware of, but they do appear to offer good value redemptions on this route that can be accessed by Kiwis through credit card spend with American Express Membership Rewards. 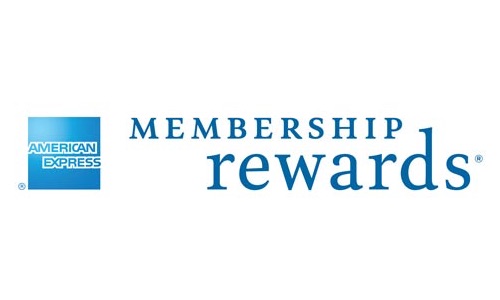 Read our full guide to the American Express Membership Rewards

The table below shows the redemption costs on the route using these different mileage currencies. All SPG figures are on the assumption that you are taking advantage of the 5,000-mile bonus that SPG give you for every 20,000 Starpoints that are transferred to an airline program (with the exception of United, which instead relies on a transfer via Marriott at a rate of 1:3).

If you’re not sure how transfers work using SPG as an intermediary, have a read of our guide to using American Express Membership Rewards to transfer points to American Airlines AAdvantage via Starwood.

We have also listed the price of how much it would cost to ‘purchase’ the miles, as a point of comparison.

Read our guide to buying United Mileage Plus here

The average price for one-way Polaris flights from Auckland to San Francisco between October 2017 and March 2018 is currently $4,282, with a return flight being double – therefore, based on the figures above, this makes it exceptional value to purchase the required miles outright should you desire to fly this route. So, what do I recommend?

While it’s disappointing that the United service is now seasonal, it is nice to see their most premium product offered over the summer months that they will be flying here. We haven’t reviewed the product yet, so let us know below if you have, and what your experience were.

The current award availability isn’t great, though there are a few there to snag for anyone who is interested in experiencing the new Polaris seats.

In terms of making a redemption, earning Starpoints through Starwood Preferred Guest and transferring them to ANA or Miles & More represents the best value for redeeming an award on United flights between Auckland and San Francisco – if you already have the points.

The Membership Rewards → Starwood Preferred Guest → Airline programme transfer route is a bit convoluted, but once you understand how the earn and transfer rates work for your specific card and each program, that can help make a better call on how you redeem your points.

Thank you to Lucky from One Mile at a Time for this news.