I needed to be in Berlin for a work conference in May and after staying at the Sheraton Berlin the previous year, I instead opted for The Westin Grand Berlin for my three-night stay.

The building is modeled on the previous building which stood on the same site but was destroyed by air raids in 1943. It was opened in 1987 and originally named the Grand Hotel Berlin. It became The Westin Grand Berlin in 1997.

The Westin Grand Berlin is ranked #136 out of 637 hotels in Berlin on TripAdvisor, putting it within the top quarter of hotels in the city.

As a Category 5 hotel on the Marriott Bonvoy program, I could have used 35,000 points per night, however, as I booked far enough in advance the flexible nightly rate was just €161.50 which worked out better value.

At check-in, my base Deluxe Room was upgraded to a Superior Room as no suites were available—as confirmed by the SPG app at the time.

The 31 square-metre Superior Room was located on the top floor, and up an additional flight of stairs yet surprisingly didn’t have a photo-worthy view.

The room has a king-size bed with Heavenly bed linen and a single armchair in the corner.

The LCD TV sits on the work desk.

A Nespresso machine is a welcome inclusion.

And a kettle if you wanted to make a tea.

The mini-bar was surprisingly stocked unlike most other hotels I’ve stayed at over the last year.

A digital alarm clock with an iPhone dock with lightening connection sits on the bedside table however there were no power or light switches close to the bed.

The bathroom features a large shower with excellent water pressure and a bath.

The White Tea Aloe range of toiletries are provided.

The lobby itself wasn’t very impressive however the staircase in the centre of the atrium is. It has also been featured in many movies & TV shows.

From above, the atrium is just as stunning as you look down through the layers of the hotel to the staircase.

The hotel provides complimentary breakfast for Marriott Bonvoy Platinum guests and is served in COELLN restaurant.

There is a lobby bar and Relish Restaurant in the lobby which has an outside terrace.

In the basement, the hotel has a large heated pool.

Guests can also utilise the free shoe shine service and also rent running shoes for €5 if you leave yours at home.

The WiFi coverage was excellent around the hotel and I clocked speeds of 19.0 Mbps down and 10.7 Mbps up.

The Westin Grand Berlin is located in the historic centre of Berlin on the corner of Friedrichstrasse/ Unter den Linden and is a short stroll to Berlin Friedrichstraße train station—which is just one stop from the central station.

The Brandenburg Gate is 10 minutes’ walk, as is the Deutsches Historic Museum in the opposite direction. 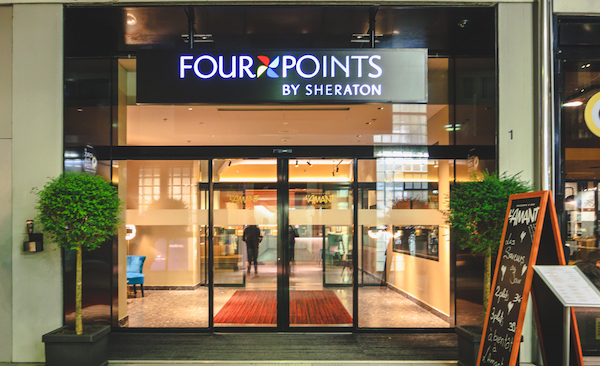 Read our review of Four Points by Sheraton Sihlcity – Zurich

Read our review of The Westin Rusutsu Resort 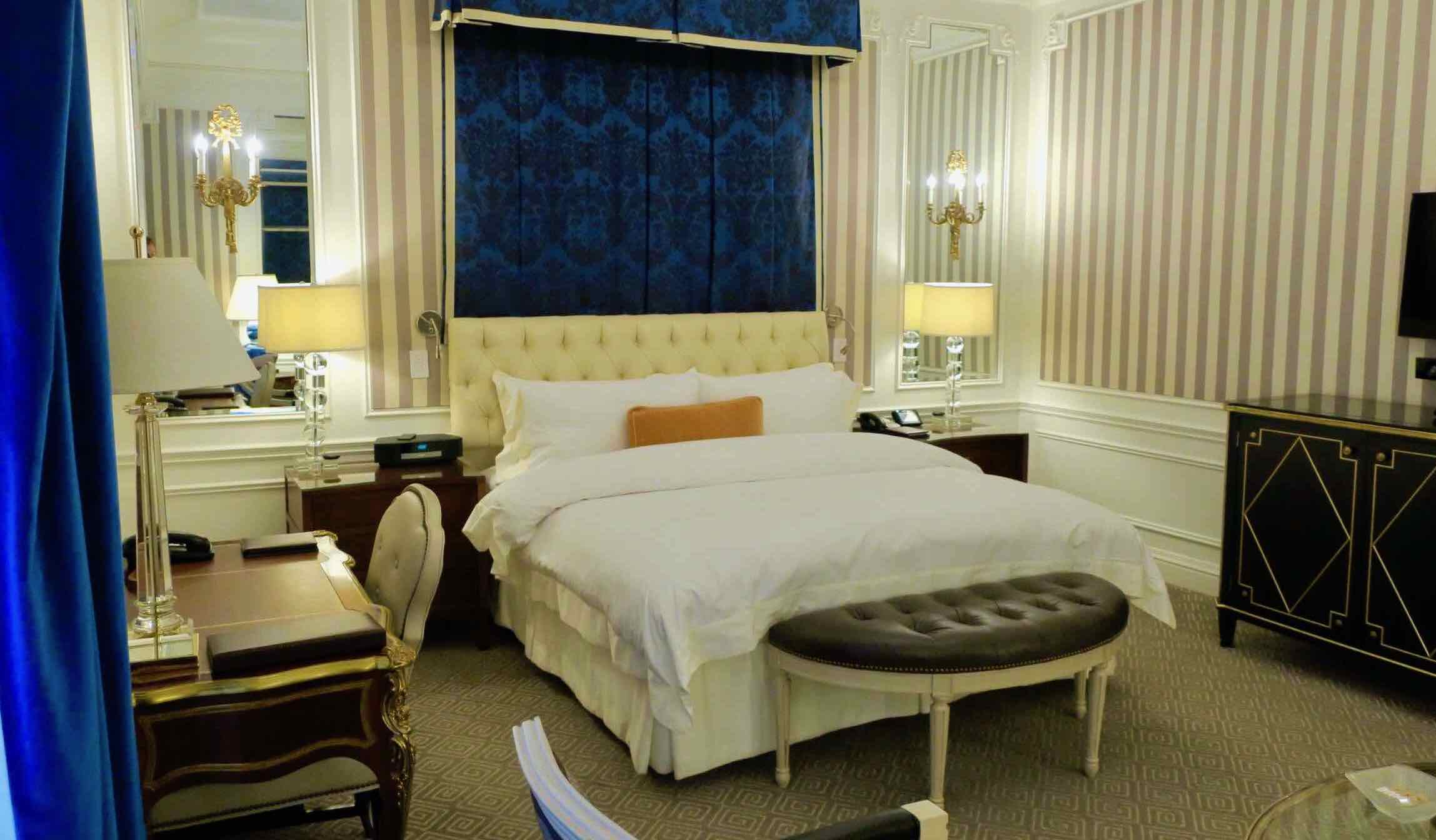 Read our picture review of the St. Regis Singapore 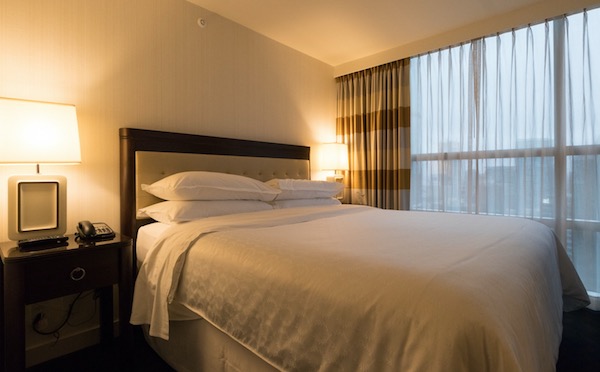 Overall, my stay at the Westin Grand was perfectly acceptable. I honestly didn’t spend a great deal of time in the room between the work conference and considering Berlin is such an amazing city to explore (and party).

The room was more than passable, the Heavenly bed was comfortable, there was decent WiFi and a great breakfast each morning.

Next
Why you should start your Qantas oneworld Classic Reward from overseas: reducing taxes (Part 2)