As the other two big alliances (Star Alliance and oneworld) are doing, SkyTeam airlines are pooling their money to share alliance-wide lounges instead of operating their own and duplicating services.

This lounge is for First and Business Class and SkyTeam elite passengers travelling to or via Asia on China Airlines, China Eastern, China Southern, Garuda Indonesia, Korean Air, Vietnam Airlines and XiamenAir, and for Los Angeles-bound passengers on Delta Airlines. I visited this lounge prior to my Korean Air First Class flight to San Francisco via Seoul in early January 2017. The lounge is open from 6am until 10pm.

Both the download and upload wifi speeds were excellent when I visited:

The lounge is located in Sydney Airport’s International Terminal next to gate 24. It is also adjacent to the American Express Sydney Lounge.

Head down the escalators from the entrance to the lounge: where you’ll find a limited range of reading material: The main lounge seating area is large and aesthetically-pleasing: 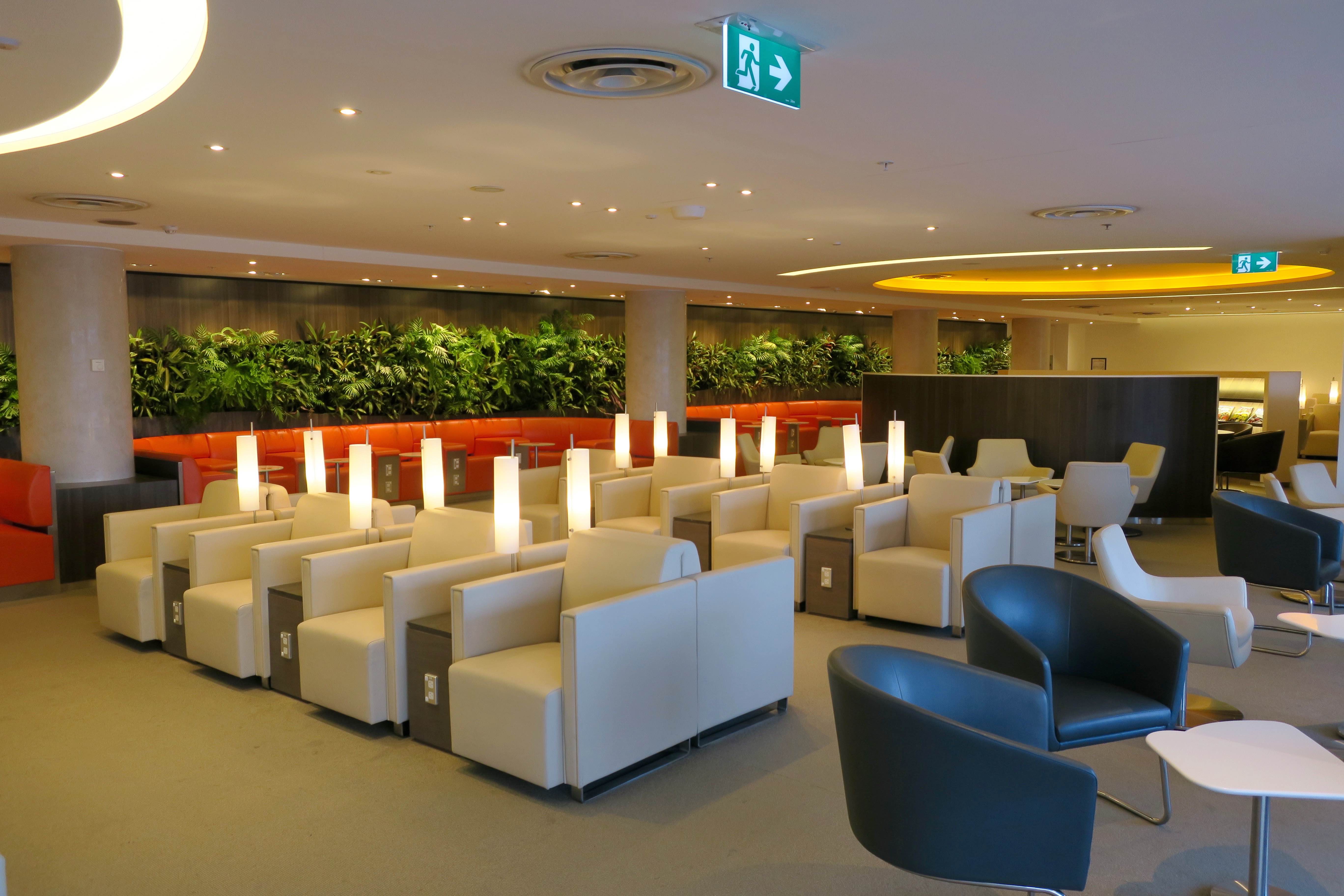 There is a work table with Australian power outlets: and three Mac computers for use: The window seating offers some great views, especially of Airbus A380s (I saw four at once when I was there): The TV room is a let-down – sparse and drab: 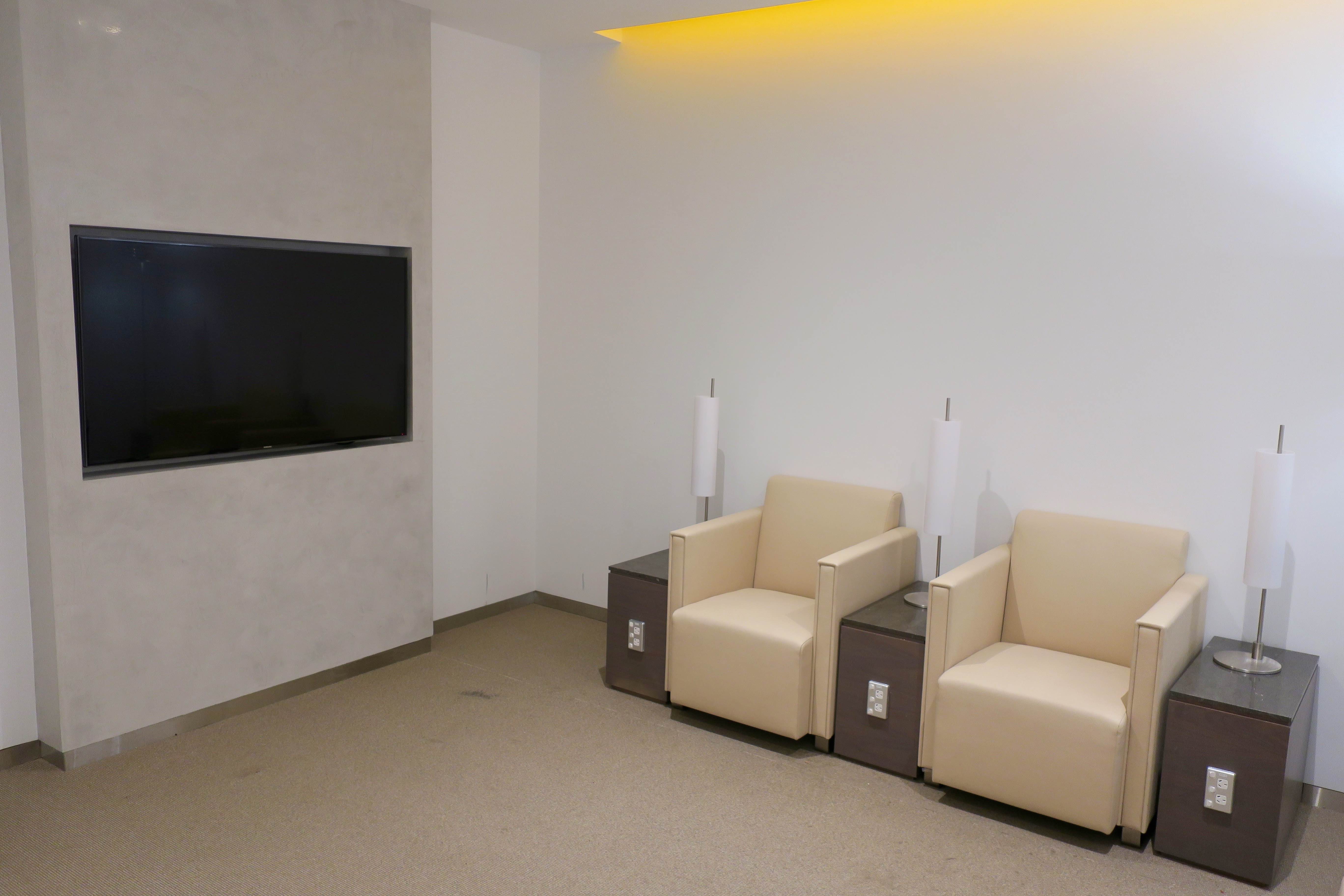 as is the sleeping room: On my Tuesday morning visit, the lounge was 5% full just after opening at 6am and 40% full by the time I left at 8am.

There was a comprehensive buffet on offer during my visit, with eggs, bacon, sausages and potatoes as hot items, and chickpea salad, pasta, kimchi, cereal, toast and pastries as cold items: in addition to a good selection of cheeses: as well as a self-service bar and seating area, open right from 6am: The official lounge website has a (quite clunky, unfortunately) virtual tour of the lounge’s facilities. If you are lucky enough to have access to both lounges, I would recommend grabbing a coffee from the barista at the Amex Lounge and heading over to the SkyTeam Lounge to enjoy more space.

They are both run by the same company, Plaza Premium, and had basically the same food and wifi speed. The advantages of the Amex Lounge are:

The advantages of the SkyTeam Lounge are:

This lounge is an impressive one and worth an hour or so of your time.

The food and drink offerings are better than the average lounge, it has a fresh and aesthetically-pleasing look, the wifi is fantastic, and the staff friendly.

The lounge could get an extra star if it had a full-service bar, more inviting TV and sleeping areas, and more than one shower.

However, all in all, I’d definitely recommend a visit!

Next
Updated guide to Qantas Points requirements and surcharges