As of early February 2018, they are halfway there, with the new lounges open in:

and the following under contruction:

You can check the progress here.

I gained access to this lounge prior to my red-eye flight to Santiago, Chile in American Airlines 777-200 Business Class in late December 2017. It is located near Gate D30 in the centre of Terminal D, which houses the majority of American Airlines’ flights. It is a really long terminal, so factor that into your walking time between gates or take the Skytrain to save time.

The lounge opened in November 2017 and, as such, has a modern look. The lounge is large and has a huge variety of seating options. It was about 25% full during our Saturday evening visit. There is a quiet area with privacy pods similar to the ones in Singapore Airlines’ SilverKris lounges. A friendly employee explained to us it was a quiet area but a more permanent sign would have sufficed. 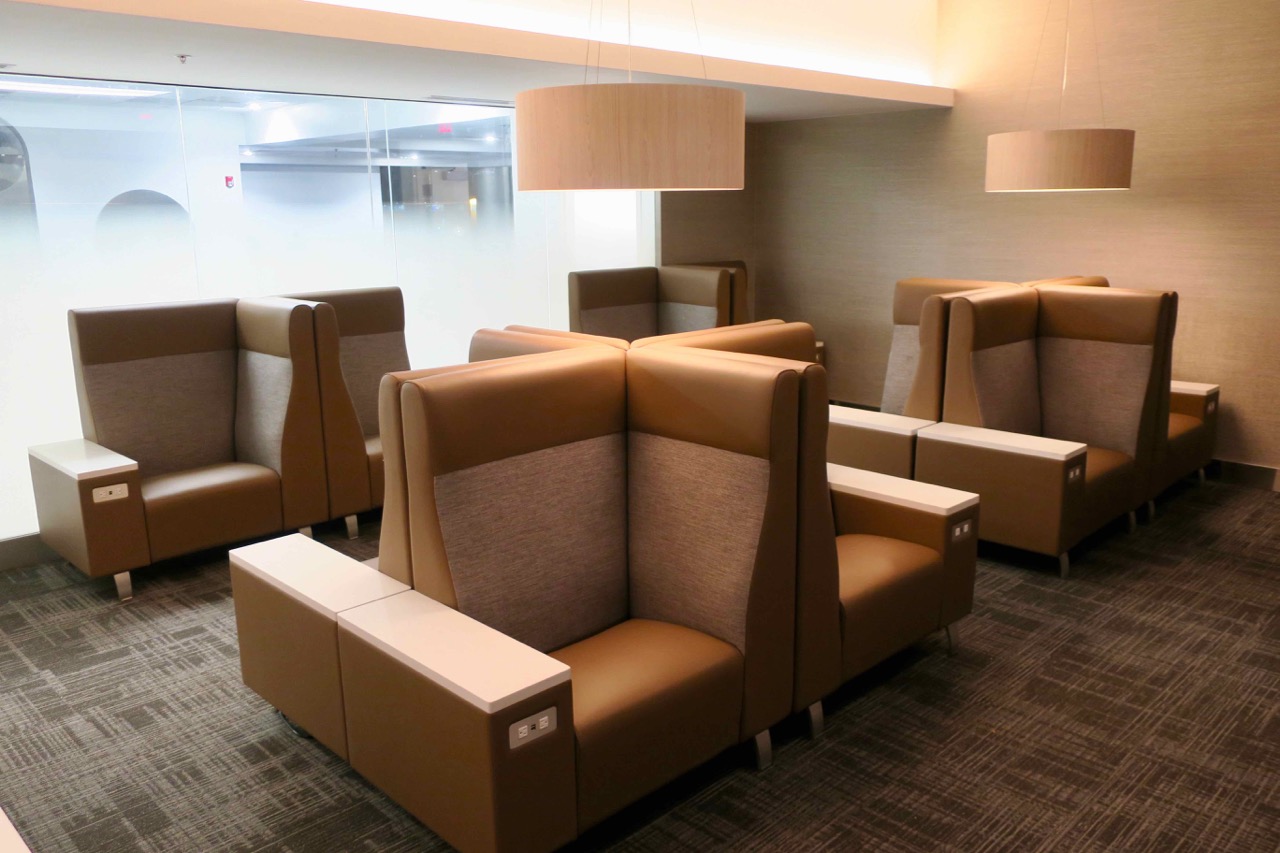 There are also six sleeping chairs across three rooms. 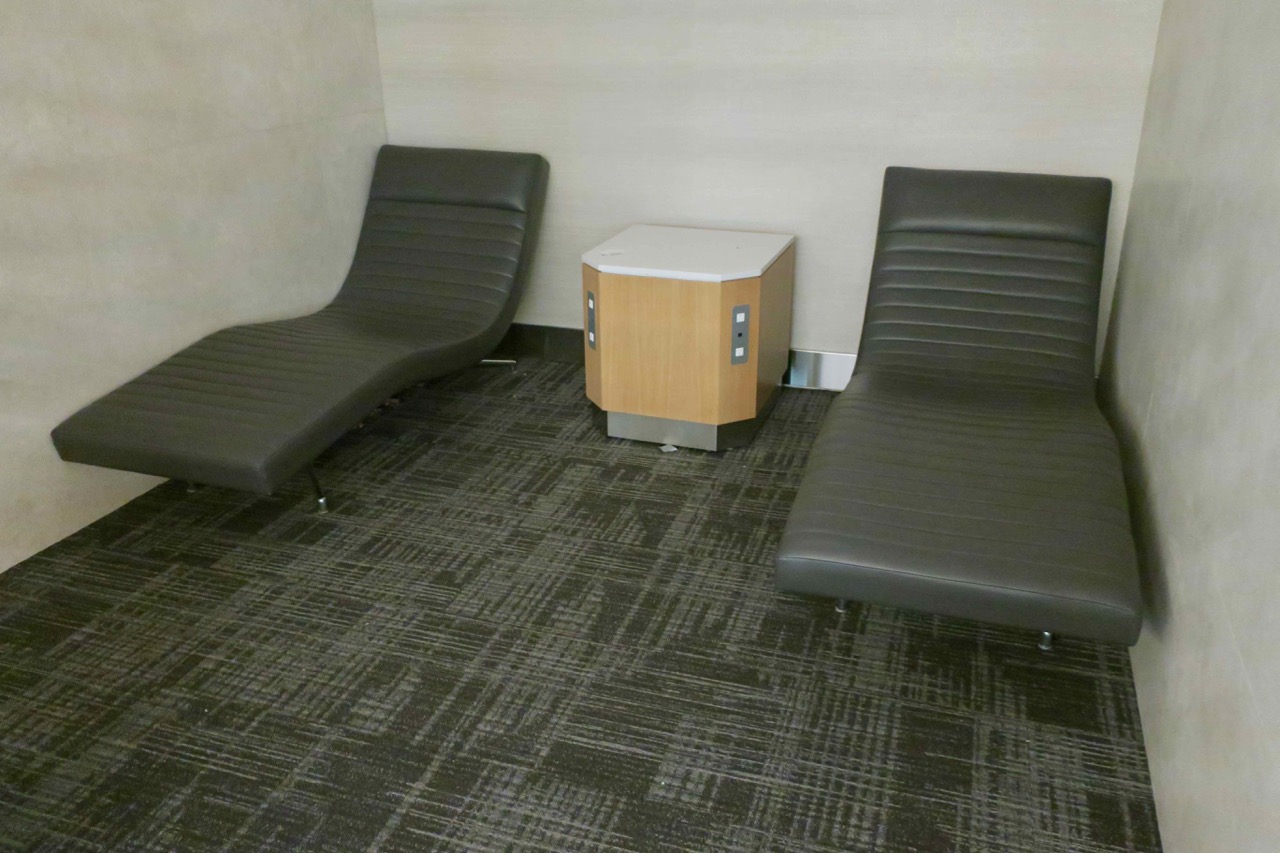 Not pictured is a modern TV/movie room with seating for about 20 people.

There are dining tables in the noisier buffet area. There is a great range of hot food, salads, cold meats and cheese on offer. A lounge attendant can make you made-to-order arepas (from Venezuela and Colombia), which I found fresh and delicious. The bar is self-service with brands like Grey Goose vodka. 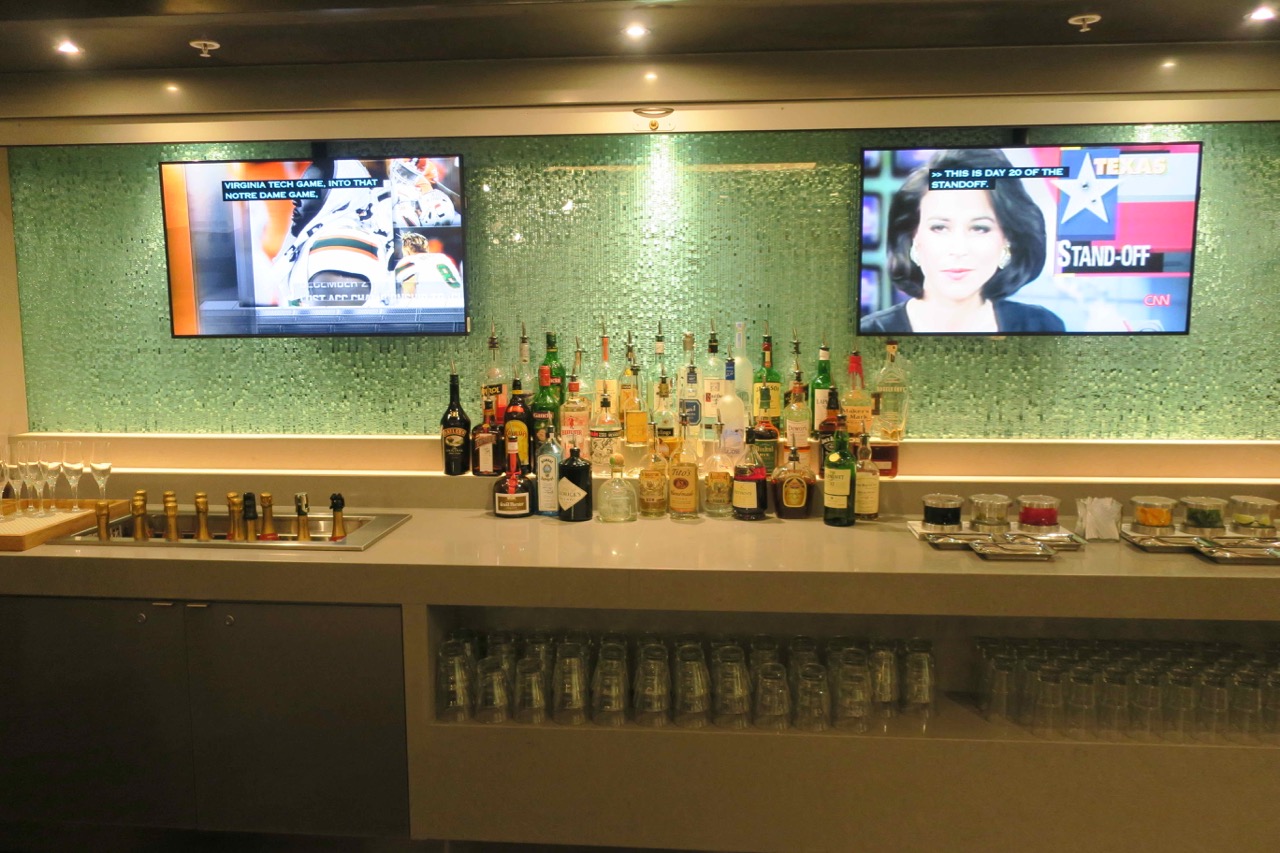 There are also two dessert and coffee stations on opposite sides of the lounge as well as a barista machine in the buffet area.

If you are flying First Class, you’ll gain access to the closed-off Flagship First Dining area. The wifi speeds we experienced during our visit clocked around 200 Mbps, which is ultrafast.

There are six shower suites, with only have of them free during our visit, so make sure to book in if you are tight on time. I found showers to be perfectly adequate with great hot water but weak pressure.

As usual with American Airlines, it is hit-and-miss.

During our visit, it was hard to find a smile amongst the employees. The ones in the dining area enjoyed standing around chatting amongst themselves and were slow to clear plates off tables that they had been on for over 20 minutes.

This lounge is a welcome departure from the general substandard Admirals Clubs that are found in the US—actually that extends to most US airlines’ lounges.

This lounge is worth a visit for an hour or two before your flight.

As the majority of AA flights to Europe and Latin America leave from Miami in the evening, it may be wise to enjoy an arepa and fill up on some fresh food in the lounge so that you can maximise your sleep onboard your flight.