Say you want to fly to the US. Did you know that you’ll pay less in fuel surcharges if you use your Qantas Points on an American Airlines flight rather than a Qantas flight?

This is the second guide in a two-part series looking at how to minimise the taxes, fees and fuel surcharges on flight bookings. That’s regardless of whether they are included in a paid ticket or a points redemption.

There are two key tactics to minimising these fees:

There are no extra charges for Airpoints redemptions made for:

On these flights, you will just pay the tax and fuel surcharge component of the ordinary fare price. Taxes on domestic flights can be paid for with Airpoints Dollars.

For flights with Qantas in Australia, and their Star Alliance partners, their online booking engine shows the fees payable and what category they fall under.

For flights with other partners like Etihad and Virgin Atlantic, you will need to call Air New Zealand and query with them directly as to what fees and charges will be payable.

Velocity Frequent Flyer: you’ll pay more when flying to Hong Kong or LA or on Etihad

Among all of the frequent flyer programmes in Australia and New Zealand – Airpoints, Velocity, Qantas Frequent Flyer, KrisFlyer, and Asia Miles – Velocity has lower taxes and fees attached to its bookings—and it will stay that way.

However, on all Virgin Australia flights as well Delta Air Lines flights between Sydney and Los Angeles, you’ll pay more. On those flights, there are ugly ‘Carrier Charges’ added at the following rates:

As you can see, if you are redeeming your Velocity Points for a flight Trans-Tasman or within Australia, there is not going to be much of a difference.

However, if you are flying to a Pacific Island or Hong Kong, then the fees creep up, whilst a one-way trip from Australia to LA in Business Class will set you back an extra $230 on top of the current taxes and fees of ~$115. What impact will that have on the latter route?

Well, Virgin Australia typically releases very few Business and Premium Economy Class seats on its flights to LA. You are most likely to get them within a week of departure—so the highest charges will affect a very small percentage of Velocity members.

Similarly, using Velocity Points for redemptions on Etihad attracts a hefty Etihad Airways Reward Seat Carrier Charge. To avoiis, fuel surcharges tend to be quite reasonable when redeeming your Velocity Points for travel on Singapore Airlines. The same goes for Hawaiian Airlines and Delta (other than Sydney – LA flights).

And you’ll find that fuel surcharges on infant fares are non-existent.

If you have access to Etihad Guest miles, then using them for Virgin Australia travel can represent great value (detailed later in this guide).

One of the biggest annoyances for most people when using Qantas Points were the fuel surcharges they slugged you with when redeeming points. For Economy Class flights, these could often be a for using points when fares are cheap.

Qantas passes on fuel surcharges with most of their frequent flyer partners.

However, Qantas recently announced an overhaul to their frequent flyer programme that has seen a reduction in carrier charges across the board, from Economy through to First. While these reductions do not suddenly make Qantas the new market leader for fees and charges, it has definitely made them more competitive with other programmes.

Qantas passes on fuel surcharges for travel with most of their frequent flyer partners.

However, if you are willing to look away from Qantas for your flights to the US—and that might be a tough ask—you can save a bunch of money by redeeming with American Airlines or Fiji Airways. American Airlines is one for which only taxes and fees are imposed, not fuel surcharges. That makes the co-payment when using points much lower.

As with Velocity, Qantas does not add fuel surcharges to infant fares.

In addition, using Qantas Points for redemptions on Cathay Pacific and Japan Airlines will result in reasonable fuel surcharges compared to other partners like British Airways and Qatar Airways.

Though, fuel surcharges were added to flights departing Hong Kong from November 2018.

Singapore Airlines’ frequent flyer programme used to be notorious for adding high fuel surcharges to award tickets but that is no longer the case for the three airlines mentioned above.

Redeeming your Etihad Guest Miles for travel on Virgin Australia is often a low fuel-surcharge option for domestic flights within Australia, and flights Trans-Tasman and to the Pacific Islands.However, note that these redemptions are not straightforward, requiring a phone call and a 14-day booking lead time.

The three US legacy carriers plus Avianca’s LifeMiles programme all avoid adding on fuel surcharges in most cases. However, the notable exception of AAdvantage subjecting redemptions on British Airways and Iberia to this extra cost.

The most common way for travellers from our region to get their hands on points in these programmes are through buying miles promotions: 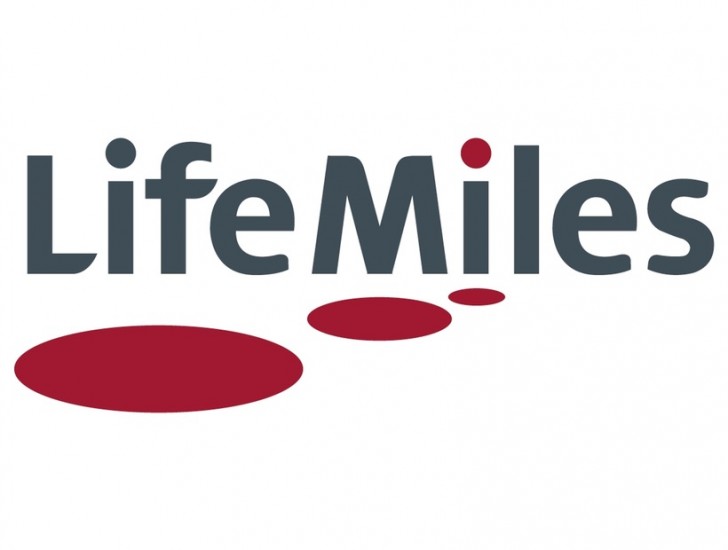 British Airways Avios: stay away from BA and direct your attention to its partners

BA’s frequent flyer programme is famed for adding high fuel surcharges, especially to its own flights. Therefore, the best value is to be found on its partner airlines.

Here are some of our tips for booking the best-value award flights with your Avios points:

If you do want to make a redemption on an Iberia-operated flight, your fuel surcharges will be lower if you redeem your Avios through Iberia Plus rather than British Airways. You can transfer your Avios between British Airways and Iberia at 1:1. However, do note that in order to transfer your Avios to an Iberia Plus account, that account needs to be open for at least three months. It must also have previous points activity (easy, just credit your next Qantas flight to Iberia).

How can I calculate the fuel surcharges on a ticket?

Fuel surcharges are shown as a co-payment when you are searching for flights as a points redemption on a frequent flyer programme website like Velocity or Qantas Frequent Flyer.

You can either look there for the exact amount of fuel surcharges added, or you can get a pretty accurate estimate of these surcharges by searching on Google’s ITA Matrix.

For example, when I searched for a Business Class ticket from Auckland to Shanghai on Air New Zealand, I got the following cost breakdown:

The first line is the base airfare. You’ll avoid this cost if you are redeeming points for an award ticket.

The next three lines are taxes and fees charged by the New Zealand Government and airport authorities.

And the last line is fuel surcharges (using acronyms YQ and/or YR), which come from the airline itself.

Many of us have been in the situation where we have found an available award seat that suits us ideally but are slugged with high fuel surcharges at the end of the booking process.

Knowing that you can use your points in a particular frequent flyer programme for travel with partner airlines can often open up better-value redemptions. 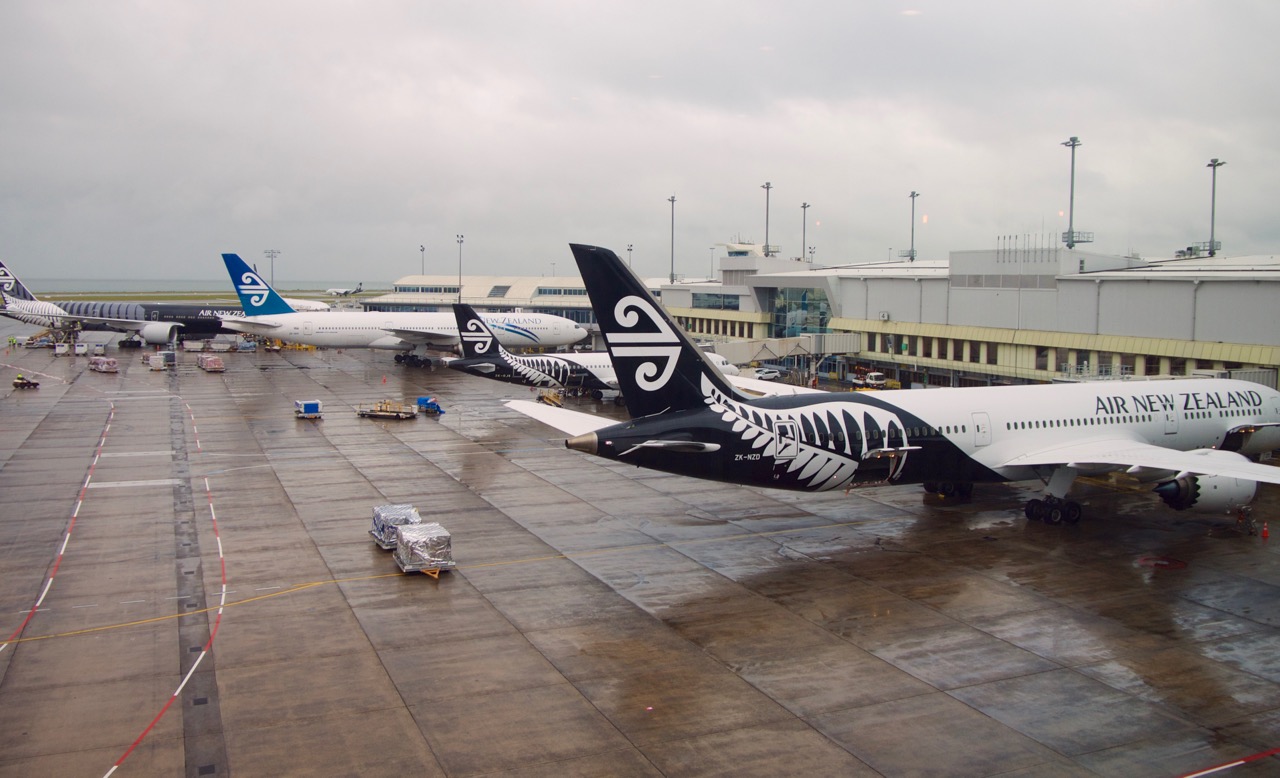 How have or do you reduce your surcharges when redeeming award seats? This is a dynamic guide, so please comment below and we can add it in!

The airlines and frequent flyer programmes that charge the lowest fees was last modified: July 30th, 2019 by Matt Moffitt

Previous
If you are looking to book a Qantas round-the-world award, here’s why you should do so in the next two months

Next
Changes to Qantas redemptions on partner airlines