Qantas Group CEO Alan Joyce and Qantas Loyalty CEO Olivia Wirth have announced sweeping changes to the Qantas Frequent Flyer programme that will provide its current 10+ million members with a mixture of good and bad news, but definitely skewed towards the good. These changes are to be rolled out over the next 12 months.

Point Hacks will provide a comprehensive review of all the changes, along with our take over the coming weeks, so stay tuned! But for now, a summary of the changes are listed below. Learn more
Qantas Frequent Flyer gets a major overhaul: here is what you need to know was last modified: November 13th, 2019 by Daniel Sciberras

Details of the changes

Expect to see more Business Class availability like this Get the equivalent of 10,000 Qantas Points with the Amex Platinum Edge

Introduction of a Lifetime Platinum status, which will require 75,000 Status Credits to achieve, which will be launched in September 2019. While this is a good change for the very few members who will achieve this, this goal is well out of reach for most members

Qantas wanted to reiterate that some of the more popular aspects of the programme will not be changing, such as:

Qantas launching new routes to the US: Brisbane to San Francisco and Chicago by mid-2020

As one of American Express’ long standing strategic partners, Qantas has time and time again demonstrated its commitment to providing value to our mutual customers. We believe the changes to the Qantas Frequent Flyer programme will be welcomed by our Qantas American Express card and Platinum card members who will benefit from the increase in Qantas reward seat availability and enjoy greater benefits and savings on their next holiday or business trip.

It is great to see Qantas making a genuine effort to address the major concerns of its membership base, especially the long-held bugbear of many members, being availability of reward seats.

We would expect these changes to get a positive reception. Even the negative announcement of an increased points requirement for upgrades and Classic Reward seats comes tied with a promise of increased availability. Hopefully we will start seeing some opening up of award seats soon. 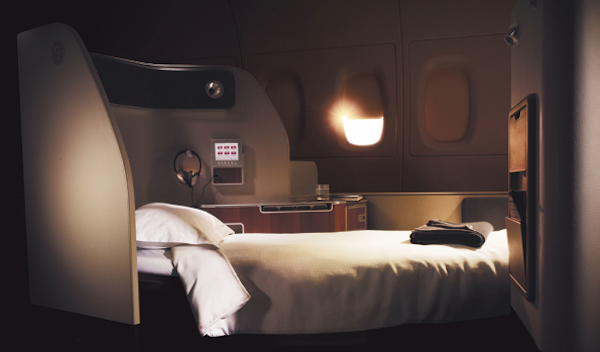 Read the guide here
Qantas Frequent Flyer gets a major overhaul: here is what you need to know was last modified: November 13th, 2019 by Daniel Sciberras

Previous
You can now earn Fly Buys points on Agoda