American Airlines has a special relationship with Qantas, much like Emirates does.

They have a joint venture (or joint business), which means that they coordinate fares, scheduling and frequent flyer benefits on each other’s flights on routes between Australia/New Zealand and the US.

Recently, the US Department of Transportation approved the expansion of their joint venture—and Qantas Frequent Flyers will see improved benefits.

All changes came into effect on 1 October 2019.

American Airlines will also launch new services from Auckland to Dallas-Fort Worth, and for those on the ‘mainland’, seasonal flights between Christchurch and Los Angeles.

What do I think of American Airlines?

I rank American Airlines smack-bang in the middle of the 11 US domestic airlines, so they’re neither fantastic nor terrible (well, sometimes they can be).

I prefer to fly Alaska Airlines where possible. However, whilst you can earn and redeem Qantas Points for travel on Alaska Airlines, you won’t earn any Status Credits (SCs).

How many Qantas Points will I earn on American Airlines flights?

Each of these flights will be available on AA flight codes, or QF codeshare.

Let’s look at the cheapest (Discount Economy) fares flying American Airlines to the US one-way. Points earn will more than double from 1,875 to 4,000 points. These points are worth $84, according to our valuation of Qantas Points at 2.1c each. On domestic US flights

There are no changes to points earn rates on domestic flights within the US. However, SCs are doubling in most cases—and that’s explained below.

How many Qantas Status Credits will I earn on American Airlines flights?

Status Credits earn rates are simply returning to the levels seen before Qantas cut them in half in 2017. This was in response to the Department of Transportation rejecting the expansion of the joint venture at that time.

However this mainly affected flights from Australia, with SC earn on direct flights from New Zealand remaining similar to that earned if you were on Qantas metal. 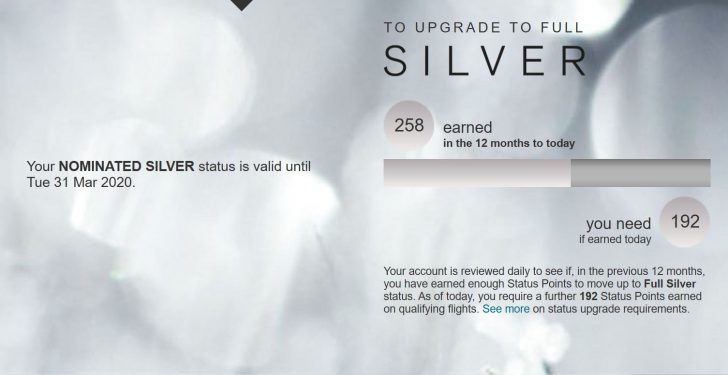 Not sure what Status Credits are? Read our intro guide here

The only change to SC earn on flights from New Zealand will be on a one-way Economy ticket, which is boosted to 55 SCs (previously 40).

On domestic US flights

SCs earn rates for flights within the US are doubling in most cases.

For example, on a Discount Economy ticket from Los Angeles to Las Vegas, you’ll now earn 10 rather than 5 SCs.

On a Business Class flight from San Francisco to New York, you’ll earn 100 SCs instead of 50.

How do earn rates on American Airlines compare to flying on Qantas?

50 more American Airlines routes from Dallas/Fort Worth and Chicago will now carry a QF flight number.

Passengers trying out Qantas’ new Brisbane – Chicago service from April 2020 will be able to connect onto a QF-codeshare American Airlines-operated flight to airports like Boston, Miami and New York.

Helpfully all flights from New Zealand to the US on American Airlines are offered with a QF codeshare already, which means no backtracking via Australia.

This should see increased competition and cheaper flight pricing for all across the summer months when these routes operate. It also means that those in Christchurch no longer have to fly via Auckland, and are now only one-stop from most cities in the US.

We should also see more award availability, and less of a need to backtrack via Australia when using points.

Status Credits earn rates are increasing on most American Airlines flights, though with little benefit to us in New Zealand where they did not drop for most fare types post-rejection of the joint venture’s expansion in 2017.

However, there are no changes to points earn rates on domestic US flights. Given that, if I were someone who wasn’t worried about earning Status Credits, I’d aim to fly Alaska Airlines instead of American Airlines.

You can check the Qantas Points and Status Credits earn rates for your upcoming American Airlines flight on this page.