Mexico — and Latin America in general — has crept up on our travel radar over the last decade, and with good reason. It is a well-loved destination for its friendly people, tasty food and developed tourism infrastructure.

Mexico is a great option as a standalone trip of 3-4 weeks, or as an add-on to a longer US-Canada or Latin America odyssey.

As the next country in our destination guide series, in this guide we run through some of the highlights of why you may want to travel and use your points to get to Mexico.

Part I: The Why: The Mexico beyond Cancun and Cabo

Part II: The How: Using your points to get to Mexico

As the recent attacks in Brussels show, no country is immune to threats to public safety, so we might as well go to the places that interest us. If Mexico is one of them for you, go.

As someone who lived in Mexico for a year and has been back to visit three times, I stand by my statement that travel in Mexico is generally safe.

Just make sure to avoid the northern border cities with the US like Ciudad Juárez, Tijuana and Mexicali, as well as the central state of Michoacán, which are all affected by drug-related violence.

Apart from that, this violence has little gripe with tourism, so the main things to be cautious about are getting mugged—which also goes for any major city around the world—and road safety—travel by bus and plane instead of car, and know that pedestrians are at the bottom of the ladder.

The best of Mexico: an ideal three-week itinerary

Note: you can also do this itinerary in reverse by flying into Cancun and out of Mexico City.

Fly into Mexico City to spend 2-3 nights in the surprisingly cosmopolitan capital, and climb up to Chapultepec Castle, grabbing some great views of the sprawling metropolis with a population of 21 million, just shy of that of Australia, then descend to enjoy a coffee or dinner in the tree-lined hipster area La Condesa. 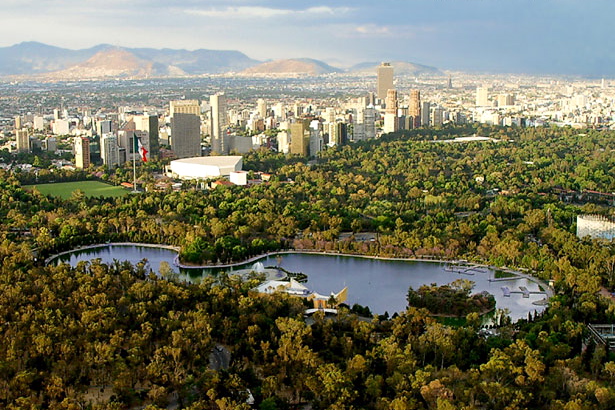 The view of Mexico City (well, some of it) from Chapultepec Castle. Photo courtesy of chilangabanda.com.

Take an six-hour bus to Oaxaca City (pronounced wa-ha-ka) as your first stop in the indigenous-dominated southern states of Oaxaca and Chiapas, where you can dabble in the local markets and visit beautiful cathedrals from the Spanish colonial era. Be sure to bring a light blanket or something to keep you warm on the bus as Mexicans love to crank up the AC. On the bright side, they give you food as part of your fare.

As this is your longest journey of the trip at 12 hours, save on a night’s accommodation and catch an overnight bus to Sumidero Canyon in Chiapas. Take a two-hour cruise to see crocodiles, monkeys and birds, making sure to go in the morning before the wind picks up in the afternoon. All of the intercity trips from here on are able to be done in half a day or less. Continue east to go swimming in the Agua Azul (Blue Water) Waterfalls. This picture speaks for itself: Be sure to visit the waterfalls in dry season before the rains churn them up. Photo courtesy of fromatob.org.

Mexico has a lot of ruins, but don’t ruin your experience by fighting tourist hordes at the busy ones like Mexico City’s Teotihuacán or Cancun’s Chichén Itzá. Instead, you can actually walk on the ruins in the middle of the humid jungle at Palenque. Be sure to bring mosquito spray. Visit the pyramids in the humid Mexican jungle at Palenque. Photo courtesy of panamericanworld.com.

Break up your trip to the Yucatán Peninsula with a one-night stopover at the colourful colonial coastal city of Campeche. Lather on sunscreen and make the trek up to the fort for beautiful views of the boardwalk lining the Gulf of Mexico. 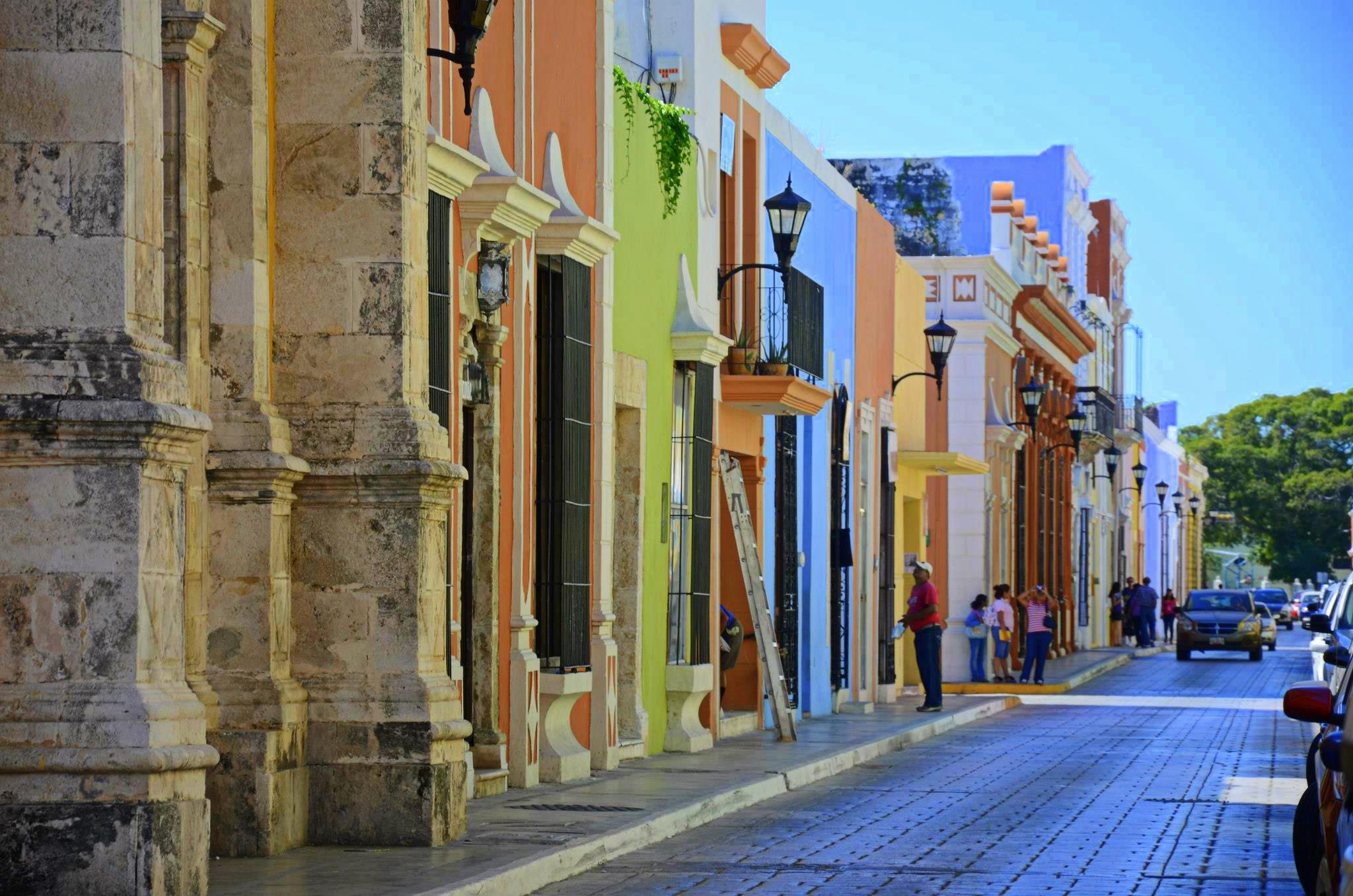 Mexico is famous for its cenotes, which are natural pools of spring water found in caves. The Dzitnup and Xkekén cenotes are my pick of the bunch, just 15 minutes outside of Valladolid, a traditional colonial city in the middle of the arid Yucatán. Enjoy some R&R on the beach before flying out of Cancun, Mexico’s second-biggest airport. Backpackers have caught on to Tulum, a coastal town 2 1/2 hours south of Cancun, where you can take a boat out into the turquoise Caribbean waters to snorkel with turtles and look up to see this on the beach: ¿Quieres ir? Wanna go? Read on in Part II: The How: Using your points to get to Mexico.

Destination Guide: The Mexico beyond Cancun and Cabo was last modified: July 30th, 2017 by Matt Moffitt

Next
How to get to Mexico using your frequent flyer points