While it is only a short 3-4 hour flight from NZ to the East coast of Australia, those travelling to Western Australia have it much tougher.

This guide takes a look at your available award redemption opportunities for redemptions between New Zealand and Perth, and the service and product offerings that are available.

Using points to get to Perth from New Zealand

There are some really nice tactics that you can employ for travel to Western Australia in Business Class for a fraction of the cost by using points.

Read our review of the Air New Zealand 787 Business Premier →

The airline also offers direct flights to Perth from Christchurch from December to March each year.

Virgin Australia’s routes all involve one stop at an east coast city in Australia before continuing on to Perth.

Qantas also provides an expansive network. The map below does not include any Jetstar flights, given that a Business class offering is not available on these flights.

Qantas have historically flown non-stop between Auckland to Perth between December and February, but these flights do not seem to be scheduled for the 19-20 summer.

Emirates operates only one flight between Christchurch and Sydney, which is a favourite among many New Zealand based flyers given that it is flown using an A380, and you can redeem Qantas points for the luxurious First Suites, including an on-board shower.

LATAM also has the one route, between Auckland and Sydney.

A summary of the available options, along with their costs, is shown below:

Qantas, Velocity and Asia Miles are all similarly priced and could be good back-up options, but at nearly double the cost, it is worth considering the options above first.

We explore the details of the redemption options below.

Air New Zealand offer regular direct flights from Auckland, and seasonal direct flights from Christchurch. As a Star Alliance member airline, you can redeem KrisFlyer miles for seats on these routes. Even if you don’t fly Singapore Airlines there is a good chance you can acquire or transfer a chunk of points over to KrisFlyer.

It’s only 28,000 KrisFlyer miles for a one-way booking between New Zealand and Perth in Business Class – but the downside is that there is often limited award availability available to partners like Singapore Airlines. You can earn KrisFlyer miles from spend on credit cards like the American Express Platinum Charge or Platinum Edge, along with transferring Velocity points into KrisFlyer miles.

You can redeem award flights with your KrisFlyer points on an Air New Zealand flight online via either the singaporeair.com or the Singapore Airlines app.

Availability can change closer to the date of departure so if you are willing to gamble you can always place a seat alert on Award Nexus or Expert Flyer so you can book award seats the moment they are released.

It is worth noting that KrisFlyer miles can be redeemed directly for travel on Virgin Australia, but the number of miles required for this route is not competitive, with a return running at 118,000 KrisFlyer miles!

Redeeming miles through AAdvantage on Qantas and LATAM

AAdvantage miles can be redeemed on Trans-Tasman flights with Qantas and LATAM, and are priced at a fixed 25,000 miles one-way.

You’ll need an AAdvantage account that’s a minimum of 2 weeks old, so make sure to sign up as soon as possible if you want to go down this route.

Once done, keep an eye out for the many AAdvantage miles promotions to buy miles that come around fairly frequently. When buying AAdvantage miles to redeem on this route, Business Class return flights to Perth can end up costing as little as $1,250 in Business Class, which is not that much more than Economy! The total cost is dependent on the offer and how you acquire your AAdvantage miles.

Alternatively, you can transfer American Express Membership Rewards points to AAdvantage via Marriott at a rate far more competitive than to Asia Miles or Qantas. This can be a bit challenging, so make sure to read our guide on how this works. Redeem for LATAM with AAdvantage

United MileagePlus miles can be used to redeem seats on Air New Zealand flights – when/if there are seats available!

Like AAdvantage, they have a fixed price of 25,000 miles one-way.

Keep an eye out for the United MileagePlus ‘buy miles’ promotions that come around fairly frequently.

When buying United MileagePlus miles to redeem on this route, a return Business Class flights can end up costing around $1,364 in Business Class. Pretty close to AAdvantage, funnily enough!

Again, the total cost is dependent on the offer and how you acquire your MileagePlus miles.

You can also transfer American Express Membership Rewards points to MileagePlus via Marriott, however presuming availability is the same between United and KrisFlyer, the latter remains the cheaper option.

You can redeem your Qantas Points or Skywards miles for flights on Qantas to Perth, which are serviced either consistently or with a mix of A330 and 737 products. The A330 offers a superior Business class experience, with an excellent lie-flat seat offering as opposed to the recliner seats on the 737. If you are based in Christchurch, you can also use any Emirates award seat availability on their flights to Sydney, and then connect to a Qantas service onwards to Perth.

Using Qantas Points is not as competitive as using AAdvantage miles, but could be a worthy option should you already have a healthy balance through travel, or everyday spend with a Qantas Cash Card or a legacy card product like the Qantas ANZ Visa.

Skywards miles can be earned in New Zealand through the American Express Membership Rewards program.

Qantas have historically operated an upgraded A330 on the Auckland to Perth route during the summer season, but this seems to have dropped from the 19-20 scheduling. We will update this guide should this option become available again.

Asia Miles can be earned in New Zealand through the American Express Membership Rewards program.

Auckland to Perth is 50,000 one-way in Business Class, which is on par with Qantas Frequent Flyer, but falling well behind AAdvantage in terms of value.

Redemptions for Qantas-only travel can be made instantly via the Cathay Pacific website. A request for a redemption with LATAM and Qantas has to be made via this form.

You can redeem your Velocity points for flights on Virgin Australia to Perth which are serviced using their 737 fleet.

As an example, a routing between Dunedin and Perth in Business class will cost you 49,500 Velocity points + taxes + a $5.50 carrier charge. Virgin Australia use the same Business class seat that is offered on domestic routes for trips across the Tasman. 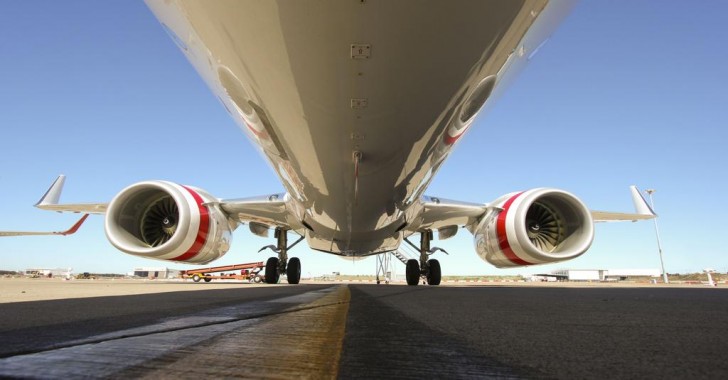 Alternatively, you could redeem your Velocity points for flights on Air New Zealand via the Singapore Airlines KrisFlyer program.

Converting your Velocity points to KrisFlyer miles works out cheaper than using your points with Virgin Australia, and opens up the option of flying direct from Auckland or Christchurch.

What about Air New Zealand Airpoints?

You may notice that I have not listed Airpoints Dollars redemption rates for travel on Air New Zealand. This is because the redemption rate is tied to the NZD cost of the flight.

A quick search on Google Flights shows that $1,550 is about the lowest cost for a Business Class seat on a direct Air New Zealand flights between Auckland and Perth.

With taxes costing $54, this means you’d require 1,496 Airpoints Dollars to redeem for a seat on this flight.

To put this in perspective, you would require 261,800 American Express Membership Rewards points to convert into this many Airpoints Dollars, at a rate of 175:1.

The same number of points could be transferred to AAdvantage via Marriott, and redeemed on two return redemptions between Auckland and Perth on Qantas.

For this reason, unless you already have a large stash of Airpoints Dollars through everyday spend or travel, I would recommend opting for any of the other partners referred to above.

This is a useful route to redeem points on given the flight length and associated costs of both economy and premium cabin seats.

You’ll need to be prepared to do a bit of availability research given the numerous airlines and route combinations possible once you add in a stop on the East Coast of Australia (if you’re prepared to fly indirect).

In my view though it’s worth putting in that effort to try and get yourself more space and comfort on a relatively long journey. Good luck!

How to use your points to fly to Perth from New Zealand was last modified: February 7th, 2019 by Daniel Kinnoch