Indirect flights can often be associated with delays, extra time at airports and more money spent on fares. However, for committed frequent flyers, this is not always the case.

Is booking indirect flights over direct flights for extra Qantas Points worth it, or is it simply just a waste of time and money?

To find out whether earning Qantas Points and status credits via indirect flights is worth it, I looked into two different flight scenarios: travelling from Melbourne to Cairns via Brisbane/Sydney, and flying from Rockhampton to Brisbane via Mackay.

I compared the direct economy flights with the indirect economy options, and factored in the total price, time travelling, and Qantas Points and status credits earned for the flights. 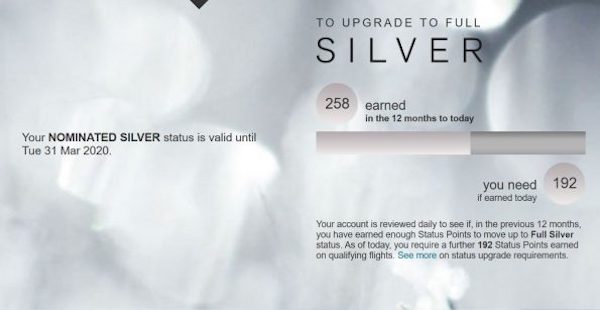 For fairness in comparison, I compared flights on a random day in June that would get to the destination approximately the same time. The first direct flight from Melbourne directly to Cairns departs at 10:05 a.m., arriving at Cairns at 1:30 p.m. The three-and-a-half-hour flight would cost $332 and earn you 800 Qantas Points and 15 status credits.

Flying from Melbourne to Cairns via Brisbane would mean departing approximately two hours earlier and spending an hour at Brisbane airport.

Assuming that all flights are on time, for those who are Qantas Club members, or hold a Qantas Gold status or higher, an hour can be enough to pop into the Brisbane Qantas Club Lounge to grab a bite to eat or a cup of coffee.

For travellers in business class, or at a Platinum level or higher, the Brisbane Domestic Business Lounge might be worth a visit to pass the time. 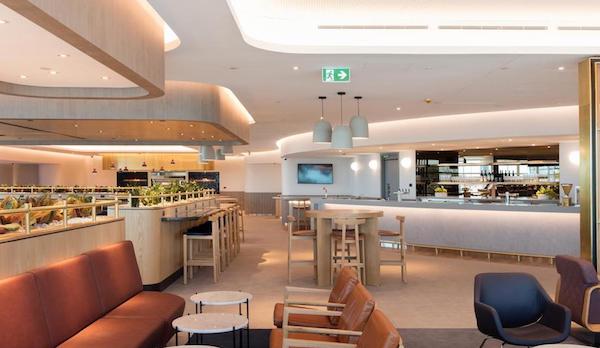 The total of five-and-a-half-hours of travelling would actually save you $12, making the total cost of the flight $320. Furthermore, this flight would earn you 1600 Qantas Points and 30 status credits, which is double of what you would get for a direct flight.

Qantas provides another indirect flight alternative travelling through Sydney. This option is even cheaper, with the ticket price totalling to $318. This flight departs three hours earlier than the direct flight, but also arrives at Cairns approximately an hour earlier.

Similarly to the other indirect option, the stopover requires an hour at Sydney airport, making the total hours travelled five and a half hours.

Qantas Club members and Gold status members can pass their time in the Sydney Qantas Club Lounge, whilst passengers in business class and at a Platinum level or higher might choose to pay a visit to the Sydney Domestic Business Lounge.

The direct flight used in this example departs from Rockhampton at 10:25 a.m. and arrives at Brisbane at 11:35 a.m. The hour-long flight would earn you 800 Qantas Points and 10 status credits for a total cost of $152.

The indirect option to Brisbane via Mackay is slightly more expensive, with the total fare price coming to $188. You would also have to be prepared for an early start, as the flight departs at 06:55 a.m., and with a two hour layover at Mackay airport, it arrives at Brisbane at 11:10 a.m.

Qantas Club members and frequent flyers with a Gold status or higher can spend the two spare hours in the Mackay Qantas Regional lounge. The extra $36 and total of four hours of travel time would earn you 1600 Qantas Points and 20 status credits, which is double of what you would earn on a direct flight.

Finding the right deals for a good value is always crucial when it comes to being a committed frequent flyer. Booking indirect flights over direct flights for extra Qantas Points and credits can be beneficial when done at the right time and place.

Additionally, the extra points or credits earned could be further doubled when flights are booked during promotional periods (e.g. double Qantas Points or double status credit offers). However, indirect flights can often be much more expensive, therefore losing the value they offer. This can be dependent on peak times of air travel (e.g. school holidays, public holidays etc.) as well as the destinations and stopovers, such as flying through regional areas.

When there is not much of a difference in ticket prices, the decision comes down to the extra time spent on travel, as indirect flights take longer than direct flights. In my opinion, flying to a destination through another city for points and credits can certainly be worth it if time is not an issue, and prices aren’t drastically different. It can be even more beneficial for frequent flyers who often do status runs just to maintain or increase their frequent flyer status.

Although Elina used to think that air travel is just another mode to get from location A to B, she has since discovered that there is much more to it. She was introduced to the compelling world of frequent flyer points by her partner, and together they are planning to travel the world together (no, literally, around-the-world trip for points is in the making). You can follow Elina and her adventures on Instagram @elinaaa_k.

Next
8 reasons why you should consider Alaska Airlines Mileage Plan