Digging into the details of the Westpac Airpoints World Mastercard

The Westpac Airpoints World Mastercard will earn you 1 Airpoints Dollar for every $65 spent on the card in NZ dollars, with an effective earn rate of 0.0154 Airpoints Dollars per dollar spent.

This is the 2nd highest Airpoints Dollar earn rate for spend in NZ, only pipped by the American Express Airpoints Platinum which earns 1 APD for every NZ$59 spent with a $195 annual fee.

As most Kiwis and others with previous experience of the Air NZ’s Airpoints program know, it is not a complex program – 1 Airpoints Dollar = $1 of flight credit with Air New Zealand when it comes to redemption time and making use of the points earned with the card.

Westpac will also provide an extra 200 APD advance (kind of like an overdraft facility) to the primary card holders Airpoints account, a useful extra benefit of the card when just a little short of a chosen Airpoints dollar redemption with Air New Zealand.

Alongside the Airpoints Dollars earned, you also earn Airpoints Status Points with your spend, with an earn rate of 1 status point for every $225 spent.

The earn rates for Status Points on spend are not high enough to make a huge dent in what you need to achieve status with Air New Zealand, with Gold membership requiring 900 Status Points and half of those have to be earned from Air New Zealand or Star Alliance partner flights.

Even if you maxed out the 450 Tier Points toward elite status, with the Status Points earned from the card you’d need to spend $101,250 on the Westpac Airpoints World Mastercard to earn them, so for all but the biggest spenders, Status Points will just be a portion of your status earn to help top you up.

As a comparison, the Air New Zealand Airpoints Platinum Mastercard from Kiwibank earns 1 status point for every $200 spent on the card from a much lower $150 annual fee, but also comes with much less included benefits.

The Westpac Airpoints World Mastercard provides annual complimentary membership to Priority Pass, a global network of private and contracted airport lounges, including Strata Club in Auckland, and the Christchurch and Queenstown Mania lounges.

In total there are over a 1,000 Priority Pass airport lounges located around the world all accessible prior to departing flights with current membership and valid boarding pass. The standard joining fee of $255 is waived for Westpac Airpoints World Mastercard cardholders, while the annual membership fee is reduced by $145 to $484 annually, which helps cover the cost of the annual fee of the card if you were going to be buying membership anyway.

The eVouchers will entitle the member to one day’s (24 hours) access to either Christchurch or Auckland airports Koru Valet parking service.

The Westpac Airpoints World Mastercard comes with travel insurance for the cardholder and family, including coverage for medical expenses, cancellation and baggage/money/documents.

You’ll need to check the PDS terms and conditions of the insurance to make sure the coverage is suitable to your own needs.

Westpac cards support Apple Pay, meaning you can use this card on your iPhone for easier payments. Find out more in our dedicated guide below. 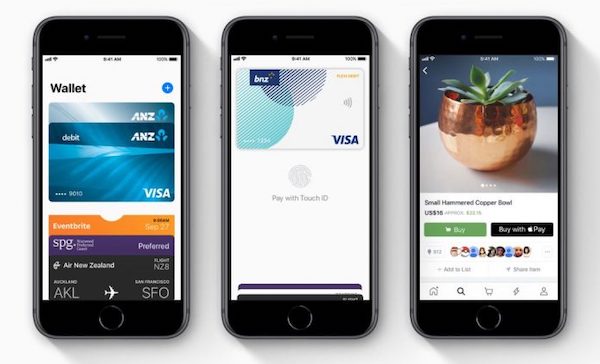 There is no word yet if Westpac will support Google Pay in the future but they do have their own app for Android users called Westpac Pay.

The Westpac Airpoints World Mastercard often comes with a decent Airpoints dollar sign-up bonus – which when on offer, can go a long way to subsidising the annual fee in the first year.

Either way, the card has the second highest rate for spend in New Zealand, along with a solid Status Point earn rate. If you’re a regular traveller and committed Air New Zealand frequent flyer looking to increase free flight earning potential and subsidise non-flying status credit earn, the Westpac Airpoints World Mastercard is worth considering.