In my mind, the relative value of KrisFlyer miles has increased given the upcoming introduction of a Carrier Charge by Velocity and the continuing imposition of high taxes and surcharges by Qantas.

However, the program is not without its downsides, so this guide aims to explore both the good and bad of KrisFlyer.

Singapore Airlines generally relases good availability to its own members in its excellent premium cabins. 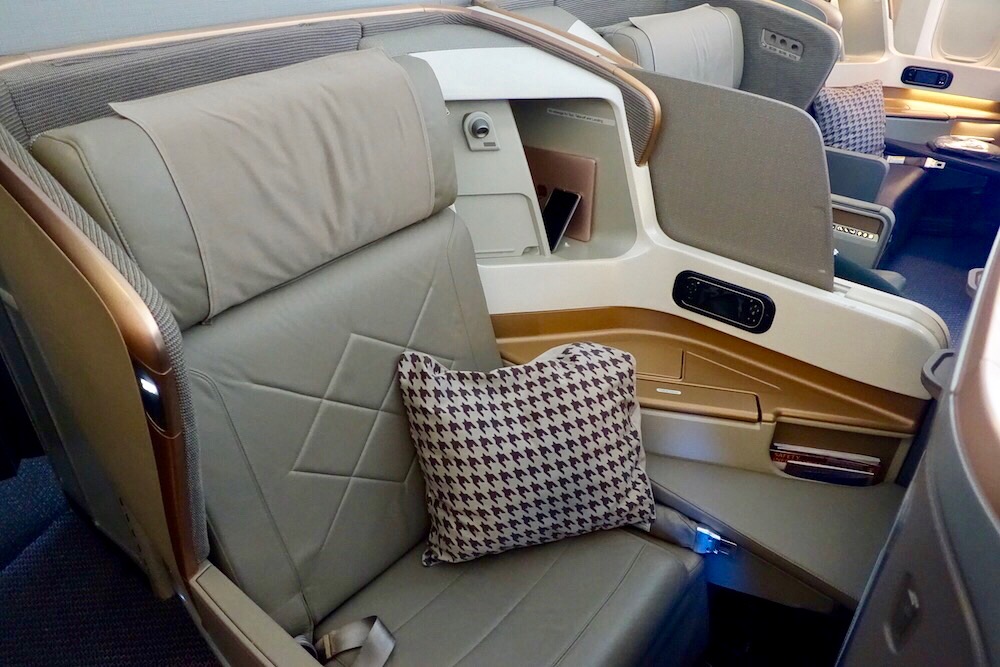 Whilst Velocity members can technically book these flights, fewer awards seats are made available to them.

The airline also has one of the most luxurious products flying in the sky on the Airbus A380 in Suites Class, which is available from Sydney to Singapore and onwards to a growing number of destinations. Singapore Airlines service all major airports in Australia, including the big ones of Sydney, Melbourne, Brisbane, Perth, Adelaide and Canberra, as well as Cairns and Darwin via its regional subsidiary SilkAir.

They have some of their best products flying to and from Australia, including the updated regional Business Class seat on the Boeing 787 Dreamliner for those in Perth. 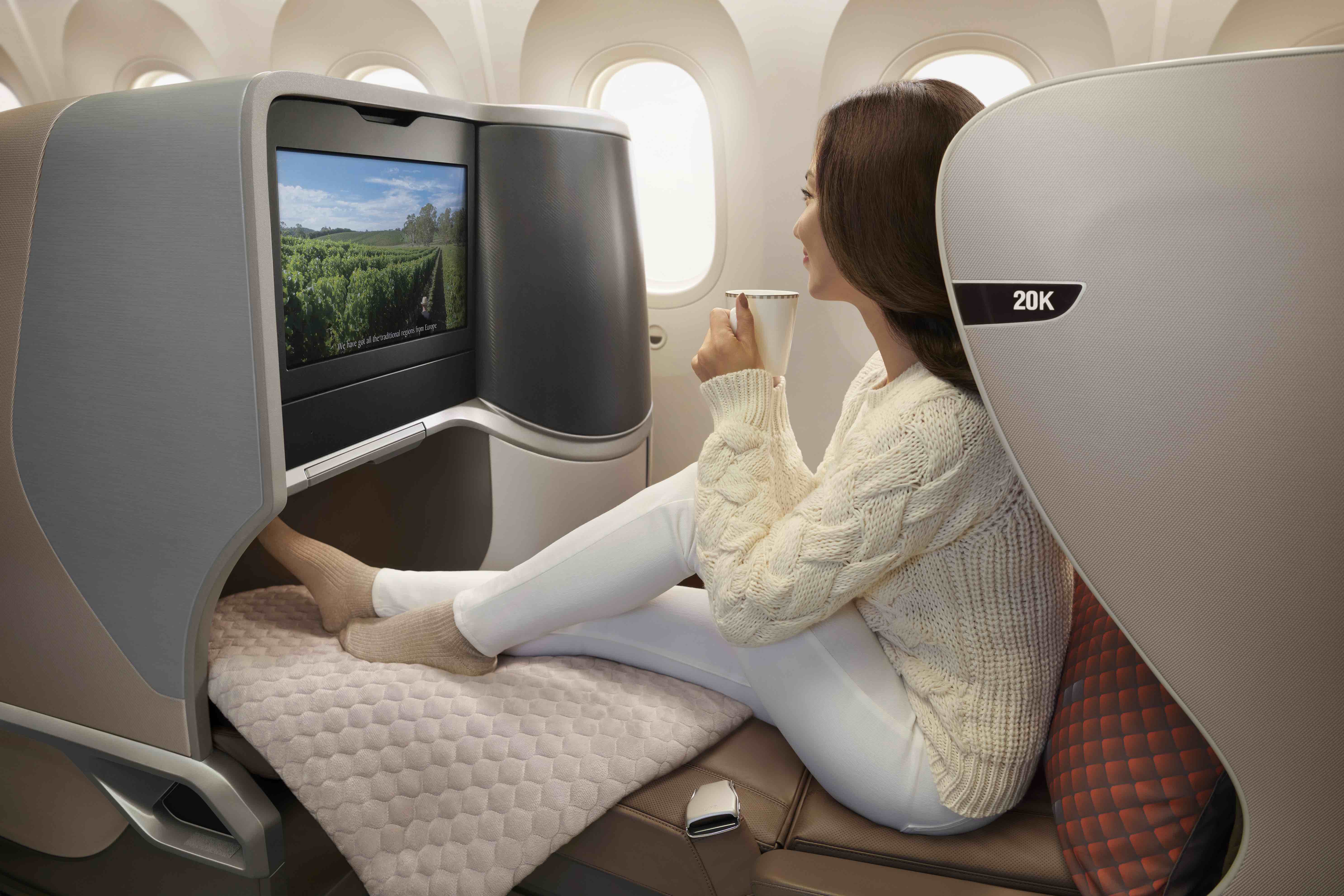 KrisFlyer is a transfer partner with American Express New Zealand Membership Rewards, and for those Kiwi’s with Australian based credit cards, their key partners being:

Don’t forget that ability to transfer points from Velocity to KrisFlyer makes any Australian Velocity-linked credit card a KrisFlyer-earning card too.

You can boost your balance by crediting your Virgin Australia and Star Alliance flights to KrisFlyer and doing your online shopping through the KrisFlyer Spree portal.

KrisFlyer no longer applies fuel surcharges to Singapore Airlines redemptions. To put that into perspective, before that change, I had to fork out US$260 in taxes for my one-way Business Class flight from San Francisco to Singapore—now that is down to US$5.60.

The same goes for flights on its subsidiary, SilkAir—no fuel surcharges. However, they are added to redemptions on Star Alliance partner airlines.

Singapore Airlines releases a lot more saver award space to its own program’s members, particularly on its Auckland to Singapore route, so often it is worthwhile to transfer your Velocity points to KrisFlyer.

Whether you use Velocity Points or KrisFlyer miles will depend on the specific Singapore Airlines redemption you have in mind.

There are very few cases where it would make sense to transfer the other way round, i.e. from KrisFlyer to Velocity, but if you find a good-value redemption opportunity, that certainly is a possibility.

Just note that the transfer rate between the programs have been devalued from 1 January 2019, reducing the attractiveness of this feature.

One of the best ways to maximise an award redemption on KrisFlyer is to add stopovers – usually in Singapore, but available at some of Singapore Airlines’ appealing mid-point cities including Frankfurt, Moscow, Tokyo, and Hong Kong.

For example, a one-way saver award from Sydney or Auckland to Frankfurt via Singapore costs 105,000 KrisFlyer miles in Business Class and 148,000 in First.

Singapore has one of the more generous policies when it comes to changing your travel plans.

It is only US$25 to change the date, route or cabin on a Singapore Airlines flight and US$75 if you need to cancel your award booking and want the miles re-credited to your KrisFlyer account. Compare that to Qantas’ 6,000-point cancellation fee.

KrisFlyer’s online booking system is quite easy-to-use compared to other frequent flyer programs (but it is not so comprehensive). Before you had to phone up to book an award on a partner airline but now you can do it online for the most part.

Two other benefits of the booking system are that there are no ‘close-in award booking fees’ for booking 21 days or less from departure, like with American and United, and you can waitlist awards up to 3 weeks before departure, meaning you put your name down in case award space opens up in the future (which it often can). You do however need to have required amount miles already in your account to do so. Waitlist redemptions can also be managed online.

Part of the largest alliance in the world

Singapore Airlines is one of Star Alliance’s 27 members (compared to SkyTeam’s 20 and oneworld’s 13).

Around the 17-19th of each month, KrisFlyer will usually run a 30% discount on selected routes that have seats open for travel during the following month and Australian airports tend to be included each month.

This promotion represents great value for those with flexibility with dates and KrisFlyer miles (or Velocity Points) to burn.

KrisFlyer is not without its downsides:

It is definitely not all rosy as KrisFlyer is not without its downsides:

KrisFlyer is a program that’s definitely useful in the New Zealand market, being a transfer partner for New Zealand Membership Rewards, along with connections to all major Australian based banks, makes them valuable earning option. Their unique partnership with Velocity means KF miles can be earned in many more ways too.

Singapore Airlines also fly a number of high-quality products to New Zealand and the lack of fuel surcharges increases the value proposition of redemptions on the airline.

Their flexible change and cancellation policy is one of the more generous that is around and the free/cheap stopover options mean you can do combination trips on the cheap.

Of course, do be aware that no frequent flyer program is perfect and KrisFlyer is no exception, with work to be done in improving their online interface and customer service on the phone, increasing Saver level award availability and loosening the restrictions around miles expiry.

What is your take on the KrisFlyer program? Do you get any use out of it for your travel needs?

10 reasons why KrisFlyer is one of my favourite frequent flyer programs (and 6 downsides) was last modified: July 5th, 2019 by Daniel Sciberras

Previous
The ins and outs of American Express travel credits