Asia Miles is one of our favourite points currencies here in New Zealand due to their easy accessibility through the American Express Membership Rewards program, and cheaper redemption pricing than Qantas Frequent Flyer for travel on oneworld airlines.

The program has announced changes coming into effect late next month, which for now only affect flights on Cathay Pacific and their subsidiary Cathay Dragon as well as round-the-world redemptions.

There will also be changes to partner redemptions and I will update this guide when they are announced.

In this guide, I analyse the changes and how they will affect you.

My advice: awards to book… 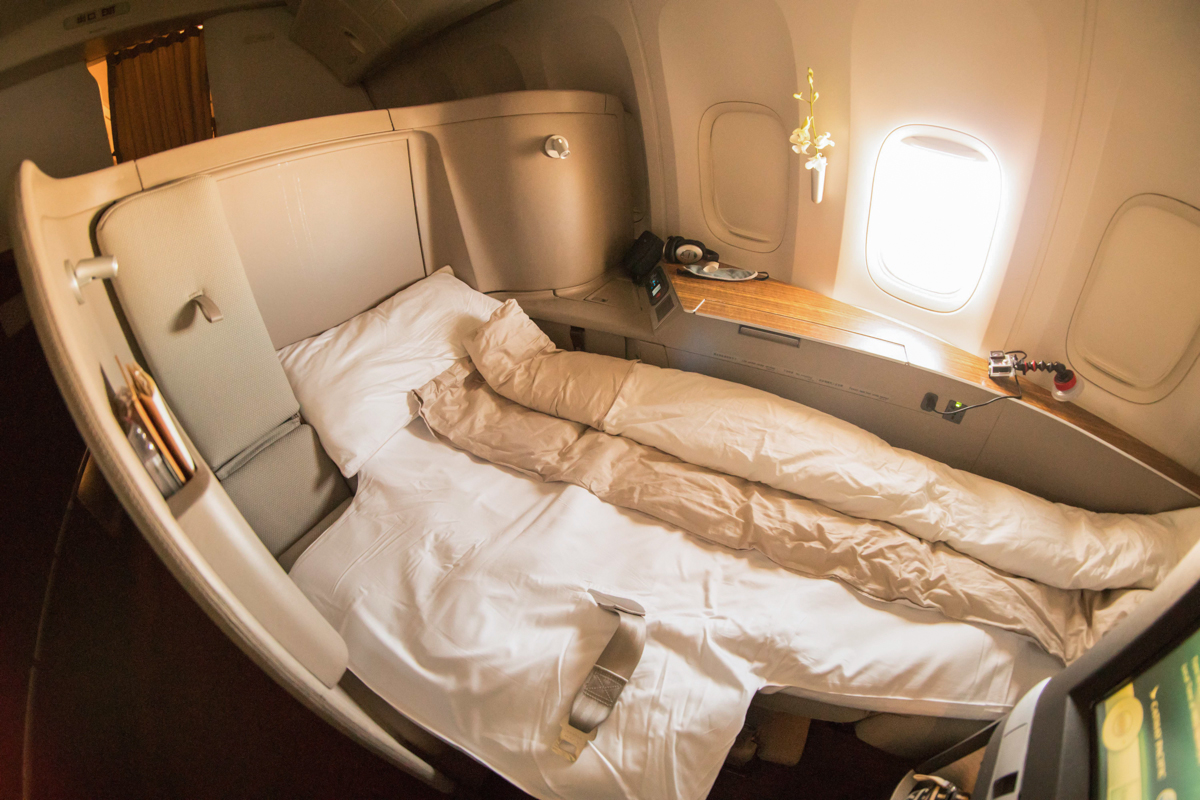 Thankfully, if you book a trip under current pricing and then alter your travel dates after the changes kick in, there will be no change to the miles required—but a service fee will apply. If you change your destination, the new award chart will apply.

Why are these changes important?

Asia Miles is consolidating its award chart for flights on Cathay Pacific and Cathay Dragon—you can find the new award chart here.

Below I’ve crunched the numbers on how premium cabin redemptions are changing on popular routes for travellers in New Zealand (I have omitted thousands (,000) to make it easier to read):

You’ll see that one-way Business and First Class redemptions for the medium- and long-haul routes listed in the table above are actually decreasing by an average of 4%, whilst roundtrip redemptions are increasing by 12%.

There will be a new sweet spot! One-way Business Class redemptions from New Zealand to the furthest destinations in Cathay Pacific’s network—meaning all of North America and Western Europe—would drop from 110,000 to 85,000 Asia Miles. Roundtrip redemptions would also drop slightly from 175,000 to 170,000 Asia Miles. I reached out to Asia Miles on Twitter and they said:

The distance zone for Auckland – London via Hong Kong falls under ‘ultra-long’ distant zone. Hence, the required redemption miles for your suggested itinerary will be calculated as the total distance of all segments, which is 85,000 AM for one-way Business Class.

Those using miles for Economy Class travel will pay the same as now or less—but you’ll usually get the most value from your points if you use them for Business and First Class flights.

Asia Miles says that the number of available award seats will increase by 20% but that is hard to measure and hold them to.

Roundtrip tickets will now be priced as two one-ways, like in most frequent flyer programs—this ends the sweet spot for return tickets. If you are booking a return journey, then it is best to do that before the changes come into effect.

While one-way flights from New Zealand to Hong Kong will drop as above, a roundtrip will increase from 120,000 to 130,000 miles. Upgrade pricing is also changing and there will be no more upgrades on British Airways or American Airlines with Asia Miles.

Instead of the current three fixed-price tiers—Standard and Priority Awards Tiers 1 and 2—there will still be the first two—Standard (saver) and renamed Choice (full price)—but Tailored Awards will be added on, with the ability to use your points for a revenue ticket—this represents poor value.

Also, currently, regardless of the type of award, Asia Miles’ award calendar opens up at 360 days before departure. Under these changes, access to redemption seats will become segmented—those willing to pay more for a Choice or Tailored Award will be able to book 360 days before departure, whereas Standard Awards will have to wait a week later at 353 days. This is important as premium seats on popular routes (think: First Class from New York to Hong Kong) are snapped up quickly.

For example, a discounted Economy Class ticket in S fare class from Auckland to Hong Kong one-way currently earns 1,424 Asia Miles—that will more than double to 3,330.

A discounted Economy Class ticket from Christchurch to Paris return in N fare class will more than double from 5,912 to 13,200.

And a discounted Business Class ticket from Auckland to San Francisco return in D fare class will increase slightly from 31,528 to 33,240.

They are only three random examples. From the commentary on other blogs, it looks like most earn rates will go up except for some Business Class flights. A piece of great news is that if you ticket your flight before June 22, even for travel afterwards, you’ll earn miles at whichever is the highest rate, pre- or post-changes. This will in part make up for the short notice on these changes.

There will be no change to earn rates on partner airlines.

What is still unknown?

This is a big one—and I want to reserve my overall judgement until we see the details—and that is what is going to happen to redemptions rates on partner airlines like Qantas, Japan Airlines and Qatar Airways? Right now, it costs the same amount of miles whether you redeem on Cathay Pacific or one of their partners, i.e. they are in the same award chart, however, they will be separated come 22 June.

I do not know why Asia Miles has not released the new award chart for its partners—maybe because there will be overwhelmingly negative changes.

I am not yet calling this a full devaluation because not all of these changes are bad.

One-way redemptions are improving in some cases, and there will be a new sweet spot for cheaper redemptions for long-haul Business Class flights from New Zealand to Europe and North America. Most travellers will earn more miles for their flights, except for some Business Class travellers but I imagine most Point Hacks readers are purchasing Economy Class tickets with cash to earn miles and redeeming them for premium cabin tickets anyway.

There is no ignoring the fact that roundtrip pricing is increasing significantly, which is a shame given that Asia Miles has historically been generous in allowing return flights to be priced at a discount to two one-ways. If you want to book a roundtrip ticket, now is the time.

Thankfully, if you book a trip under current pricing and then alter your travel dates after the changes kick in, there will be no change to the miles required—but a service fee will apply. If you change your destination, the new award chart will apply.

A round-the-world Business Class ticket using Asia Miles will increase by ~10% at its two highest tiers, which is definitely a shame.

I am worried as to how changes to partner redemptions will play out, so it is best to lock them in now.

What is your take on the upcoming changes to the Asia Miles program? How do you think they will affect your travel plans?

Which awards to book before Asia Miles changes on Friday (and which to hold off on) was last modified: June 20th, 2018 by Matt Moffitt