The tropical beaches of French Polynesia are some of the most expensive to fly to, so this new redemption option is welcome news for those wishing to plan a honeymoon or leisure trip.

Previously, Qantas Frequent Flyer members were only able to earn Qantas Points on Qantas-marketed, Air Tahiti Nui-operated flights—now they can use their points for redemptions. These routes are currently operated by the airline’s A340 fleet, with angle-flat Business Class seats. Check out what Warren thought of them on his honeymoon. However, the airline plans to upgrade their fleet to Boeing 787 Dreamliners with lie-flat seats over the next couple of years.

In Economy, the current A340s offer 32 inches of seat pitch but the Dreamliner will shrink that to 31 inches.

Customers travelling in Business Class, Gold, Platinum and Platinum One Frequent Flyers, and Qantas Club members and their guests will have access to the Air Tahiti Business Lounge in Papeete, as well as Qantas lounges in Auckland and Los Angeles, when travelling on a Qantas codeshare. 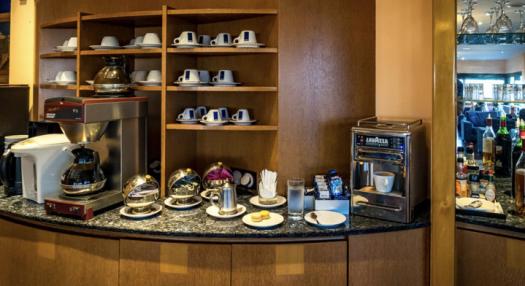 One-way redemptions are priced as:

Taxes will set you back ~$33 one-way from New Zealand to Tahiti, with ~$168 the amount you’ll have to fork out for the Papeete – LA flight.

Economy/Business Class flights bought with cash from Auckland to Papeete start at $1,050/$1,920 return. That will give you a return of 2.3c/1.9c per-point value, respectively. Note that these prices are not on a QF codeshare – while Economy on QF is around the same price, Business is sold as ‘Flex’ only and costs at least $2,400 return.

Given we value Qantas Points at ~2.1c per point, this is one of those rare cases where an Economy redemption could come out ahead of a Business Class redemption in terms of value.

As such, we would recommend holding onto your points and using them on this route during holiday months when airfares are likely more expensive.

You can book online on the Qantas website if you are flying from Auckland or from Australia connecting in Auckland but if you are originating your journey in Papeete, you will need to phone Qantas — Qantas says you should be able to book all routes online in the second half of 2018.

Due to the popularity of Tahiti as a honeymoon and leisure destination, award seats are in short supply, so it is best to plan far in advance. There are more Economy award seats available than in Business Class.

Other alternatives for booking to Tahiti

You can also use 15,000/30,000 American Airlines AAdvantage miles to book a one-way Economy/Business Class flight on Air Tahiti Nui.

Another great-value redemption is using 12,500 KrisFlyer miles to fly in Air New Zealand Economy one-way within the Southwest Pacific, which includes New Zealand and Tahiti.

Given the popularity of Tahiti as a holiday destination, being able to use Qantas Points for a redemption is welcome news.

The QF codeshare will also bring added benefits for those who have a Qantas Club membership or status.

To maximise your chances of snagging a seat, book well in advance.

Also, it may be wise to lower your expectations of the Air Tahiti Nui Business Class product, as it is quite dated, until the Dreamliners come out.

How to use Qantas Points to fly to Tahiti & LA with Air Tahiti Nui was last modified: June 4th, 2018 by Matt Moffitt

Next
3x Fly Buys points at Torpedo7 until 18 June