If you have a decent KrisFlyer balance, or points that can be transferred to KrisFlyer, then 100,000 KrisFlyer Miles can get you far.

In this guide, I outline some of the best-value redemptions when it comes to using KrisFlyer miles, with most for Singapore Airlines’ own flights. 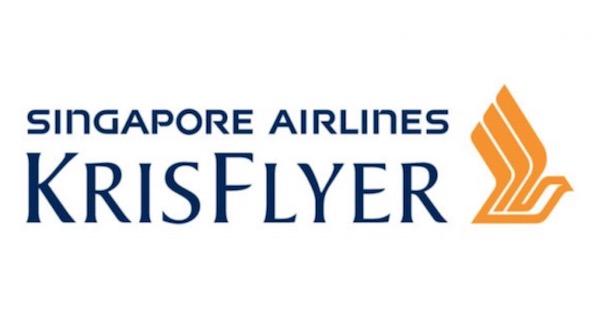 Earn the equivalent of 40,000 KrisFlyer miles with the American Express Platinum Charge

Singapore Airlines Suites Class is one of the best First Class products in the world and is available on routes serviced by the Airbus A380.

There are two versions of Suites Class, with Auckland still featuring the older version. If you can find award space, you can book this redemption for 85,000 miles + under $100 taxes from Auckland.

The new version is super luxurious and is available from Sydney for the same price. The new product will be featured on flights to New Zealand in late 2020.

Read more: our guide to how to use points to book Singapore Airlines Suites Class

Singapore Airlines is one of New Zealand’s largest international carriers and all of its flights between its hub at Changi and Auckland, Wellington and Christchurch are on lie-flat seats.

It’s a bit confusing to decipher which product you’ll get, but depending on the route, you could get the latest A380 seat flying from Auckland over the summer peak period:

the second-generation long-haul 777-300ER product from Auckland for the remainder of the year:

or the long-haul, three-class A350-900 Business Class version, flying from Wellington and Christchurch:

Read more: our guide to redeeming points on Singapore Airlines’ A350 long-haul aircraft

Get a free or cheap stopover

One of our favourite things about KrisFlyer is that you can get a free stopover on roundtrip Saver awards, or if redeeming a one-way award, you can just purchase stopovers for just US$100 each.

Your stopover options currently include:

Read more: how to maximise KrisFlyer redemptions by using free or additional stopovers

Fly Singapore Airlines Premium Economy Class to Europe or the US from 91,500 miles one-way

Singapore Airlines offers consistently high customer service and excellent food options, making it a good choice for long-haul travel. Plus, there are no fuel surcharges applied to redemptions on Singapore Airlines flights through KrisFlyer.

With a Premium Economy ticket, you’ll get a reclining seat, priority check-in and boarding and the opportunity to Book The Cook—without the price tag of a Business Class flight.

Note that you will not get lounge access as a Premium Economy customer, but if you have a Priority Pass membership with one of these credit cards, then you’re sorted.

Premium Economy is featured on A380, A350 and 777-300ER aircraft, which are the ones that fly to Singapore Airlines’ most far-flung destinations as well as more trafficked routes. Given the configuration is 2-4-2, the seats to aim for are the two closest to the windows on either side of the aircraft. If you are flying by yourself on the ultra-long-haul version of the A350 to Los Angeles or New York, try to grab one of the solo seats in the last three rows.

Here are some figures for common long-haul travel destinations for New Zealand-based travellers (all figures are for one-way travel):

Read more: top tips to help you secure an award seat to the US

Singapore Airlines offer a four-hour fifth-freedom flight between Wellington and Melbourne that is bookable using KrisFlyer miles. Singapore fly the route with a modern A350-900, which is by far the best Business Class product on the route, with the alternative being a 737 recliner seat on Qantas.

This route also frequently features in KrisFlyer’s monthly Spontaneous Escapes promotion, with the opportunity to redeem at a lower number of miles.

For 86,000 from New Zealand, you can fly to Singapore, and then onto Johannesburg or Cape Town on the modern A350.

It is also the same price to fly to Tel Aviv and slightly cheaper to fly to Malé.

Read more: how to use your points to get to South Africa

This could take you as far afield as Perth, which is a minimum seven-hour flight from Auckland, so that redemption represents good value.

Be aware that award space on Air New Zealand flights can be a difficult to come by, so plan well ahead if possible.

Fly five times between the US West Coast and New York in United lie-flat Business Class for 100,000 miles

United has upgraded its mostly Boeing 757 fleet operating 10+ flights a day from both Los Angeles and San Francisco to New York, with flat-bed seats now standard on these routes.

If you can, try to get on one of the Boeing 787-10 Dreamliner aircraft, which have the latest product.

Plus, you’ll get access to the excellent Polaris Lounges at each airport.

Fly lie-flat between the UK and the US or Caribbean and get access to fantastic lounges for 100,000 miles return

From its hubs at London Gatwick and Heathrow, Virgin Atlantic flies to a surprising number of destinations in the US, including New York, Boston, Washington, Florida, Las Vegas, Los Angeles and San Francisco, and to Caribbean islands such as Cuba, Jamaica and St Lucia.

Its onboard product is a bit squishy but still offers direct-aisle access.

The real attraction is the lounges! The Virgin Atlantic Clubhouses at Heathrow, Gatwick, JFK, Newark, San Francisco and Los Angeles are the pick of the bunch, with modern finishings and à la carte dining.

Virgin Australia operates the only international flight from Dunedin, flying to Brisbane four-times weekly on their 737 with recliner Business Class seats. This could be a good redemption for those on the South Island who want to avoid the hassle of a domestic connection.

Jet between the tropics in Hawaii, Central America and the Caribbean for 60,000 miles return

If you can make your own way to and from Hawaii, you can head from there to anywhere in Mexico, Central America (seven countries including Costa Rica, Panama and Belize) and the Caribbean in Business Class for 60,000 miles return (or 35,000 in Economy).

You’ll also get one free stopover, with additional ones just US$100 each.

As you can do an open-jaw ticket within the same region, you could hypothetically do the following itinerary for just 60,000 miles:

Plus, if you fly United, Copa or Avianca, you won’t have to pay fuel surcharges.

KrisFlyer miles are some of the most valuable out there, with great-value redemptions on Singapore Airlines a notable highlight.

However, using your miles for travel on Star Alliance airlines and other partners such as Virgin Australia and Virgin Atlantic can also provide outsized value.

If you want to brush up on how to start your search for an award seat, then check out our beginner’s guide to the KrisFlyer programme.

If you want to boost your KrisFlyer balance, you could get the equivalent of 40,000 Krisflyer Miles for signing up for the American Express Platinum Charge and also earn Membership Rewards Points on ongoing spend which is transferable to Krisflyer.

All images courtesy of Point Hacks and respective airlines.

Previous
Reasons to transfer points between Velocity and KrisFlyer